You may have noticed things have been a little quiet over here, and for good reason! Maybe you’ve noticed that the pictures I share on Instagram, I’m mostly hiding behind the kids.

For good reason… I’m super busy growing a baby, which of course, means a growing bump and lots of naps!

It’s true, it’s true! We are expecting baby number 4, and we couldn’t be more THRILLED or OVERJOYED!

Ben and I have joked for awhile about how I wanted another baby and he didn’t. It’s been an ongoing joke since our twins were born.

I even wrote a blog post about not knowing if we were done having babies or not.

But honestly? We’d never had an actual conversation about it.

We’ve had a lot going on since Josie and Margo were born.

We sold our house, moved halfway across the country.

We bought a house that was built in 1890 and have been lovingly (and sometimes with annoyance) turning it into a home.

Last year, we unexpectedly lost my dad, which obviously took a lot out of us physically and emotionally.

We haven’t truly felt as if we could handle another kid, because, well, 3 kids is a lot! I’ve made no secret of the fact that I want another baby, buuuttttt to be honest? I was scared.

So, at the beginning of the summer, we had a conversation about it.

I told Ben that while I wasn’t necessarily having baby fever, or the desire to be pregnant, I just didn’t feel like our family was complete.

I strongly felt that we were supposed to have one more person in the Rogers Clan.

That’s when he told me that he could see us having another one as well.

But do you know what?

As much as we both agreed that our family wasn’t complete, as much as we discussed that we were in a place financially and emotionally where we could handle another baby, we were still too scared.

We decided that we would possibly try for another baby in the fall, once the kids started school.

I really wanted to enjoy the rest of the summer with the kids before they started school (morning preschool for Josie and Margo and full-day Kindergarten for Theo).

The truth is, we would have put it off.

We are finally a 100% diaper free family.

We can skip naps and go on all-day adventures without everybody losing their minds.

For the first time in FIVE AND A HALF YEARS, I get 2.5 hours to myself every morning so sit quietly at my computer with a hot cup of coffee.

Or go to target.

Or do whatever. I. want.

I truly don’t think I would have wanted to give that up.

On August 3rd, we were driving to the beach for dinner. We didn’t have anything to take for a picnic dinner, so we literally brought bread and some sliced veggies and fruit, and stopped at the market for some deli-meat.

On the way there, I started to feel nauseous.

I was taking deep breaths in and out to prevent myself from hurling, and side-eyed my husband wondering if he could tell.

I went into the store to grab deli meat and was truly walking around in a daze. “There’s no way I’m pregnant,” I thought to myself.

Back in the van, I texted a friend… “I’m freaking nauseous driving to the beach.”

Her response? The pregnancy emoji and a million exclamation marks.

“I could be car sick. I didn’t eat much today.”

Her response? The baby emoji.

As much as I tried telling myself it wasn’t true, I knew in my gut that I was pregnant.

I wanted to document the first moment that I knew we were a family of 6. As I pulled everyone in close to me, in my head I was thinking “Next year I’m going to need a longer arm!”

It was such a special moment to me and I will treasure this picture forever.

When we got home, it was bedtime and the kids were melting down, but I couldn’t wait. I had ordered some cheap pregnancy tests after our conversation about maybe starting to try, so I dug them out.

I told Ben I had a stomach ache and asked him to put the kids to bed by himself.

I KNEW I should wait until the morning to take the test, because HCG levels are highest in the morning. But seriously, I don’t have that kind of willpower.

When I took the test, I was really shocked that it didn’t turn positive right away, because my gut was screaming YOU’RE PREGNANT.

After a few minutes, I was staring really hard at the test and thought, perhaps, there was the faintest 2nd line.

If I hadn’t been feeling as if I was going to throw up just a few hours ago, I wouldn’t have thought twice about the test being negative.

You have to stare pretty hard to even detect the faintest line in this picture, but it’s there!

My heart immediately started beating out of my chest.

After another minute had passed, you could definitely make out the line a little clearer.

I sent it to my friend who immediately started freaking out via text.

I then called my sister and that conversation began with “can you keep a secret?”

You may be wondering why I hadn’t told Ben yet…

Weeelllll, you see, he had a business trip the next day and a pretty big presentation to give. I did NOT feel right blindsiding him with that information right before giving a presentation.

Monday morning came, and I took another test first thing.

Here is what the test looked like the following morning. Still faint, but without a doubt, there’s a line.

Just to be sure, I ran out to the pharmacy to get a more expensive test.

I took it when I got back, and sure enough…

At this point, there was no questioning it.

Ben was still home and not leaving until around 1:00 PM, so I basically avoided him all morning.

He’d walk into the room, I’d leave (he later told me he wondered why I was avoiding him, haha!)

Ben left and came back late Tuesday night. The kids were in bed, and I had gotten a box with 2 big donuts, 1 pink and 1 white and 3 donut holes. I then placed another donut hole on top of the pink donut (representing me with a baby bahaha).

I then wrote on the cover of the box DONUT fear, there’s another munchkin up in here!

I tried to take a cute picture, but forgot in my excitement lol.

He saw the donuts and was like “thanks for the treat!” I had to then tell him there was writing on the box.

I maybe shouldn’t have bombarded him with it at 10:00 PM after he’d been traveling, but I literally COULD NOT keep it from him any longer!

I had known for over 48 hours.

I am so thrilled to be finally sharing the news about baby number 4 with everyone.

My bump is growing at an alarmingly fast rate, thank you third pregnancy/pregnancy after twins.

I am now 12 weeks pregnant, with a due date of April 18th. I am beyond excited to start this journey as a family of S I X! 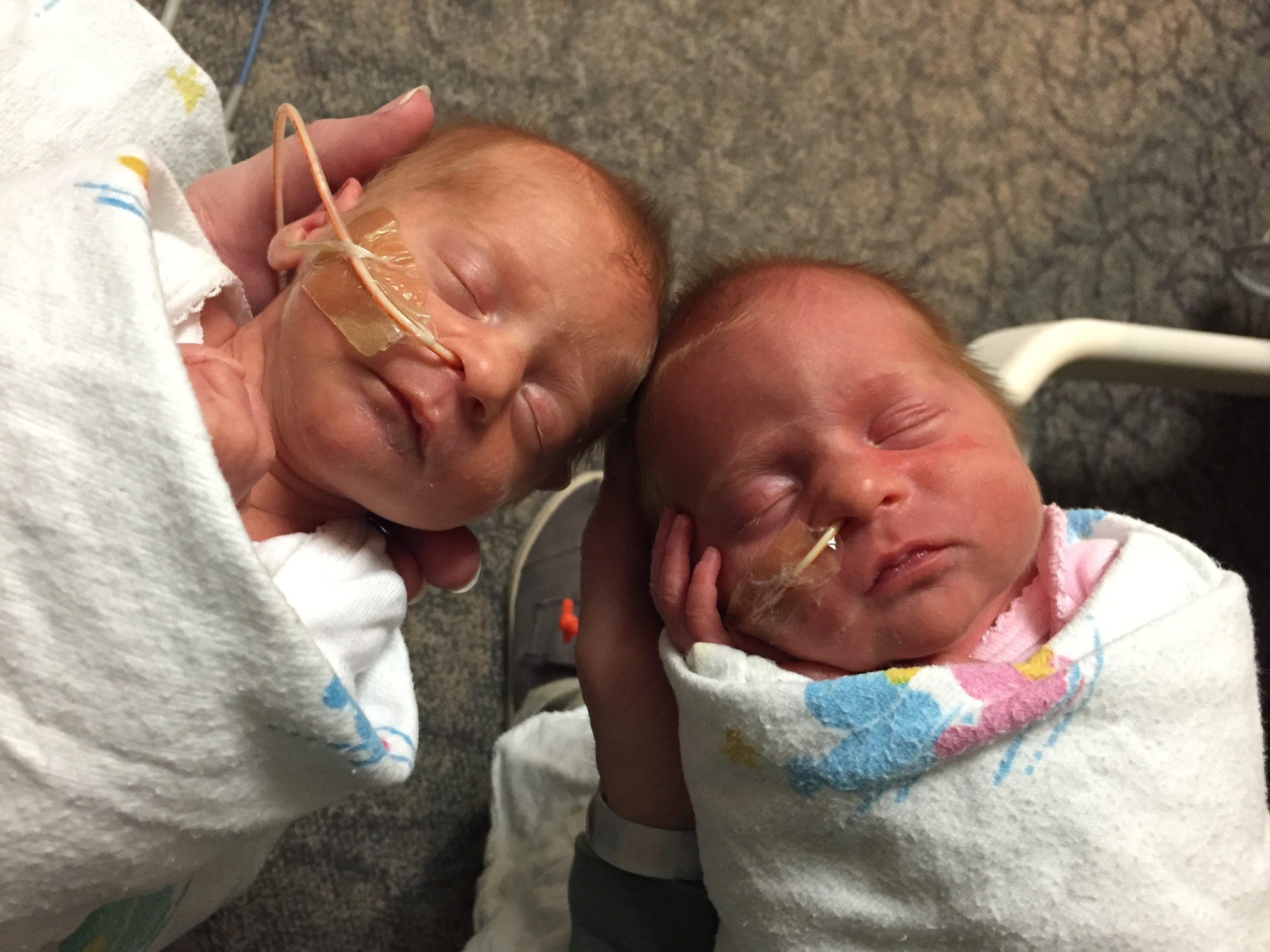 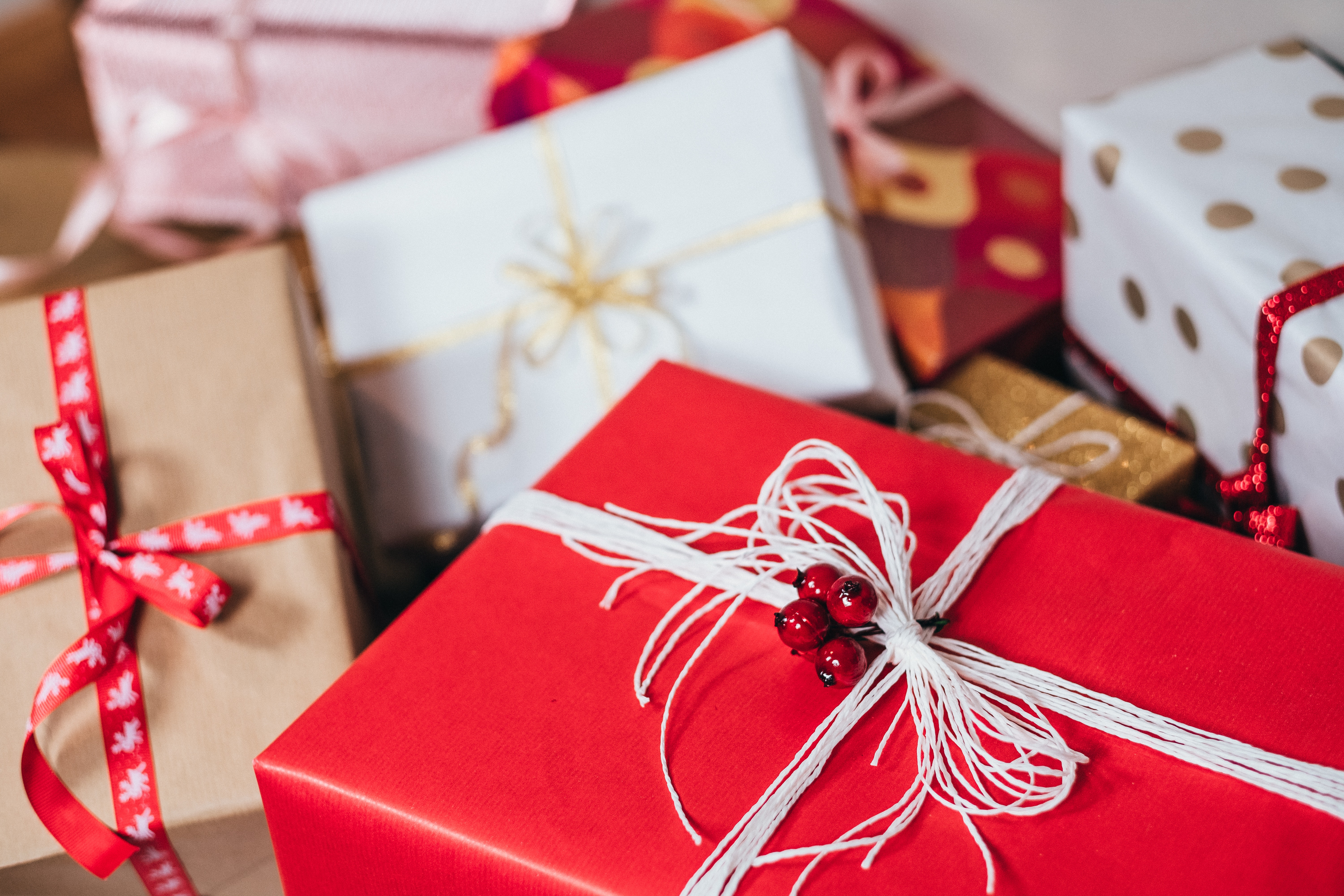 Next
Christmas on a Budget: How to Save for the Holidays
Click here to cancel reply.