One of the biggest challenges of parenting is that just when you think you’ve got something figured out, BAM. Something changes and everything you were confident in goes out the window.

A prime example of this is your baby’s sleep. Your baby will most likely start sleeping through the night, only to get hit with sleep regressions and sleep as you knew it is a thing of the bast.

Another example, and what I’m going to talk about today, is dropping the swaddle.

It’s super scary to drop the swaddle. I mean, WHY MESS WITH YOUR BABY’S SLEEP?! Because babies can’t be swaddled forever, that’s why. But don’t worry, it can be easier than you think! I’ll walk you through the different ways to drop the swaddle below.

Dropping the Swaddle: When Should You Stop?

A quick google search will likely yield many different answers to this question, which is to be expected. After all, all babies are all different.

The short, yet unspecific answer is: by the time they can roll from back to belly, you should be done with the swaddle. To get a little more specific, the Moro reflex, which is your baby’s startle reflex, should no longer be present.

It can be dangerous for a baby to sleep on their belly without their hands free. Once your baby starts rolling over on their own, it’s time to drop the swaddle.

The timing of both of these events will most likely occur somewhere between 3 and 5 months old.

I personally feel that it’s best to transition out of the swaddle at about 3 and a half months old. At this age, the Moro reflex should be gone, but your baby will not yet be able to roll over.

I like to start the transition well before they start rolling over, so that I can take my time and not have that panic of “OMG, my baby is rolling over and I need to drop the swaddle ASAP!”

Another benefit to dropping the swaddle on the early side is that your baby won’t be set too soundly in their sleep habits and the swaddle should be easier to break.

However, if your baby isn’t ready to drop the swaddle and isn’t yet rolling from back to belly, don’t stress it.

Remember that all babies are different and reach milestones at different times!

According to the book “Moms on Call” (which by the way is fabulous, and I highly recommend it!), once your baby is 3-months old, they should be able to find their comfy spot without a swaddle. I slightly disagree, because I don’t think that every single baby is ready by 3 months; however, I do think that it’s a good starting point.

Dropping the Swaddle: How Do I Stop Swaddling?

Here are the different options for dropping the swaddle:

This is how I handled the swaddle transition with my first baby, Theo. I was transitioning him out of his rock n play and to his crib. I figured since we were dealing with one transition and therefore probably lack of sleep, we might as well get it all over with at once.

Once you’ve decided to take the swaddle away cold turkey, you need to leave your baby and let them settle on their own. A little bit of crying and fussing is OK because you know they are fine and just working through this transition.

When we did this with Theo, he cried for a little bit before nap and bedtime for one day and that was it. My instinct was to go in to help him settle right away, but I knew that if I did that I would only be prolonging him figuring out how to get comfortable without a swaddle on his own.

*Side note: rock n plays have now been recalled and aren’t a safe place for baby sleep. I didn’t know that as a first-time mom and have since then been made aware, so I want to be very clear that I am not promoting sleeping in a rock n play. On a similar note, sleep contraptions such as the doc a tot, or snuggle me, are also not a safe sleep option for your baby specifically say that they are for supervised lounging and not sleeping.

This is my preferred method for dropping the swaddle and one that I followed with both my twins, Josie and Margo, and my 4th baby, Beckham.

When I first purchased these swaddles, I wasn’t at all thinking about the transition of dropping the swaddle, so I just bought the regular ones. It didn’t even occur to me to see if they made ones that transition, and of course, they do.

The Woombie Grow With Me gives you the option to swaddle with arms in, out, or one in and one out.

The Swaddle UP Transition Bag also gives you the ability to swaddle with arms in or out, or one in and one out.

Since I didn’t have the transitional versions of this swaddle, I used the Halo Sleepsack.

The Halo is the swaddle that I used to most with Theo, but since I started using the other two swaddles, it is definitely not my preferred swaddle, and the only time I used it with Beckham was when were transitioning out of the swaddle.

Don’t think that I’m saying I don’t recommend the Halo products, because there’s nothing wrong with them at all! They are still a great quality item, just not my preference.

This is the Halo Sleep Sack. I used this to transition my twins and 4th baby out of the swaddle by doing one arm at a time.

I started transitioning Beckham out of the swaddle when he was 13 weeks old using the one arm method with the Halo swaddle. I simply swaddled him and left one arm out. Easy peasy!

He had no problem at all, so the next night I swaddled him with both arms out, but still wrapped firmly around his chest, so basically using the swaddle as a wearable blanket.

Zero issues sleeping AT ALL. I was so relieved. Truthfully, your baby can sleep in a sleep sack safely for a long time. There’s no need to transition them OUT of the sleepsack, as it doesn’t restrict their movement (unless they’re trying to climb out of the crib, in which case, it’s a good restriction!).

A week later, I tried putting him down for a nap without the sleepsack and he had a hard time settling and woke up early.

Since it’s perfectly safe for him to sleep in it, we just didn’t worry about it and kept using it.

A few weeks after that, we got back from my mom’s house pretty late and when we put Beckham to bed realized that we’d left the swaddle in the van. Instead of rushing out to get it, we put him to bed without it and he did great!

He’s been sleeping without it ever since, although we will likely reintroduce something this winter if his room is chilly.

Related –> How to Teach Your Baby to Love the Crib

I have heard great things about transitional swaddles and I was all set to use one if my babies had issues dropping the swaddle.

A transitional swaddle is basically like a thick body suit that offers comfort and weight for your baby, without restricting their movement as much as a swaddle will.

Since they are so thick they shouldn’t be used if your baby has a fever or if it’s really hot in their room.

Transitional swaddles that I have heard good things about are the Baby Merlin’s Magic Sleep Suit and the Zipadee-Zip. A few other that I came across while writing this post are the Embé 2-Way Transition Swaddle Sack, the Halo Easy Transition Sleepsack, and the Swaddle Designs Transitional Swaddle Sack

4. Unswaddle Part of the Time

You can also start out by ditching the swaddle at certain times when they’re sleeping. It’s fairly common to start with naps only.

If they are still waking up in the middle of the night, or taking a dream feed, you could unswaddle them at that point.

Phew. I hope this was helpful and you feel good about dropping the swaddle. It might take some time, but you will get there. Good luck! 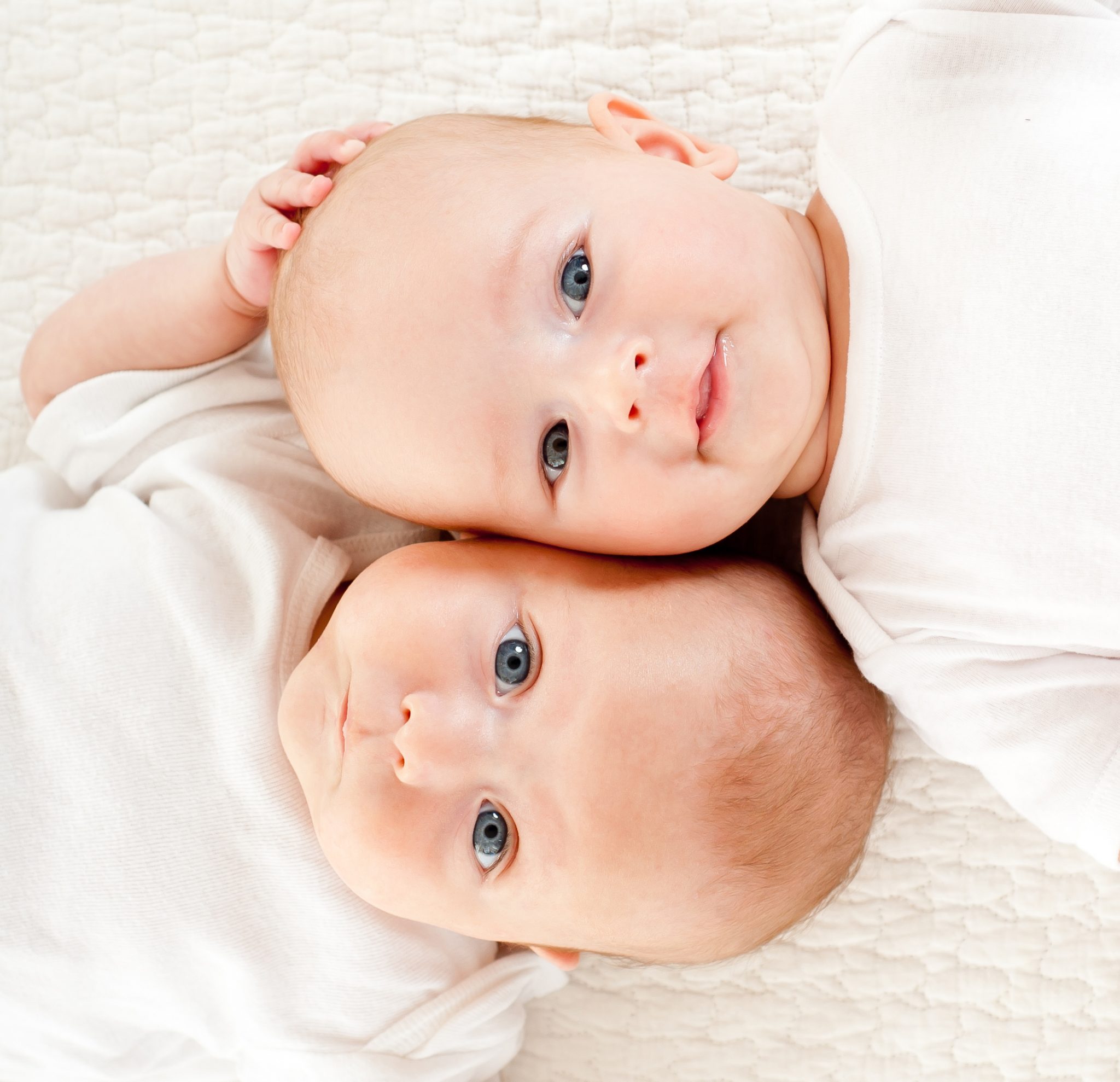 Previous
Preparing For Twins on a Budget 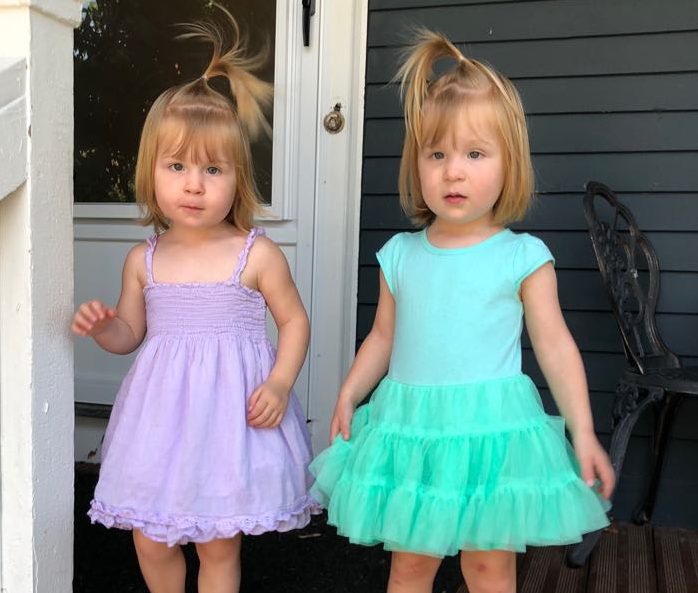 Next
Raising Twin Toddlers: 8 Reasons Why It's Harder Than Newborns
Click here to cancel reply.