How to Correct Your Child’s Behavior with Behavior Boot Camp 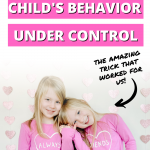 It is normal and common for children to test boundaries and try to get away with things they know aren’t allowed. Consistency is one of the most important things in parenting, and often times it can be the most challenging.

Knowing that consistency is important and actually BEING consistent are two very different things. There are things that happen in life that make it difficult to be consistent. Whether you’re pregnant, just plain tired from parenting all day, or have burnout from being in a pandemic for an entire year, sometimes as parents, we let things go.

And that’s OK. However, it’s important to realize when you’ve let things go and get things back on track as soon as possible.

I like to do a behavior boot camp to get my kids back on track when I notice their behaviors are getting out of hand.

What is Behavior Boot Camp

So, to be honest, I have no idea if I came up with the idea of behavior boot camp or if it’s a common practice. Haha!

Behavior boot camp is when you dedicate a time to working on one particular behavior. You have the same consequence and apply it every time your child behaves in the manner you are working on.

in addition to the consequence.

How to Choose a Consequence

I make my consequences for behavior boot camp pretty mild because you're probably going to be enforcing it multiple times a day. I also like to find consequences that are natural. For example, if we are working on throwing toys, then a logical natural consequence is to lose the toys they are playing with.

If your child isn't being kind to their siblings, they could lose the privilege to play with other children. You can require that they be in the same room with you, at all times. I recently did this with Theo, and it only took one day for him to get back to normal. I would purposely have to use the bathroom when he was watching T.V., or go upstairs during lunch and make him come with me. He was so irritated that he didn't want to have to do it again the next day.

It is important to use the exact same consequence every single time. It is OK to change your consequence if you notice it isn't working, but don't go back and forth between different ones.

I'm giving a little update to this post as we're nearing the one year mark of a pandemic. The behavior and attitudes in this house have gotten a bit out of control, and honestly, I don't blame my kids one bit.

I'm sure they're misbehaving because they're grumpy. I'm a bit grumpy myself! However, it is my job to teach them to follow rules and have a good attitude.

Right now it's difficult to enforce consequences because let's be real... they don't have many privileges that I can take away. Taking away screen time is just hard because it's the middle of winter and many days it's the only thing they look forward to.

So I decided to issue strikes.

For every 3 strikes they earn, they lose 5 minutes of screen time.

We start screen time at 4:00, so if they've all lost 5 minutes, they have to sit next to me with the timer for 5-minutes. They can't simply continue playing or doing whatever they want to do.

If one of them has lost 10 minutes and nobody else has lost any time, they have to sit with me while their siblings watch T.V. or play on the Ipad.

If they get a strike AFTER they have had screen time for the day, it gets added to the next day.

Honestly, it's been absolutely brilliant for us.

Why It's Worked So Well

I think it's worked SO WELL for us because I can give them a strike for something even mild. The strike acts as a reminder about their behavior; the consequence is something that they care about; but it also isn't so harsh that I can't enforce it for something super tiny.

Think about it: if your child whines, you're not going to give them a consequence simply for whining. You will probably reinforce with the correct way to ask for something.

Giving my children strikes has made them actively try to have better behavior. I have seen them open their mouths to argue with me about something and then think better of it and respond with "yes mommy."

Theo and Margo each only got 2 strikes today and they were SO happy and proud of themselves!

We have been making sure to PRAISE, PRAISE, PRAISE when they do a good job and are definitely going to think of a really big treat to reward them when they go an entire day and then a week without getting any strikes!

I can tell that they're all working really hard and that's a BIG DEAL and deserves to be celebrated.

It's so important to have grace and realistic expectations for children. They're not perfect and they are going to make mistakes...after all, don't we?

But while we need to respond with grace, we also need to remember that they NEED boundaries and the reinforcement of rules.

How to Tell if Your Child Needs Behavior Boot Camp

It's natural and normal for children to test boundaries, so how can you tell if it's becoming a problem?

If the behavior becomes consistent or worsens, you should think about doing a behavior boot camp. To understand more about how often your children should be obeying you on the first time, read this post.

You also might consider doing it if your child has mastered a behavior and is regressing. Our family recently had a big move and Theo had some behavior regressions. He pretty much refused to do anything I asked him to do. I thought I should give him a break since he had been through a lot, but I quickly realized that was the wrong move.

I started a behavior boot camp and he lost a privilege every time he didn't listen to me. It took about a week, and to be honest, with trying to close on our new house and deal with toddler twins in a rental house, I was not as consistent as I would have liked to be.

When Should I do Behavior Boot Camp

Keep in mind that your kids are going to have good days and bad days, just like we do. One day of bad behavior isn't an indication that you need to do a behavior boot camp, but many days in a row of repeated bad behavior sure is! 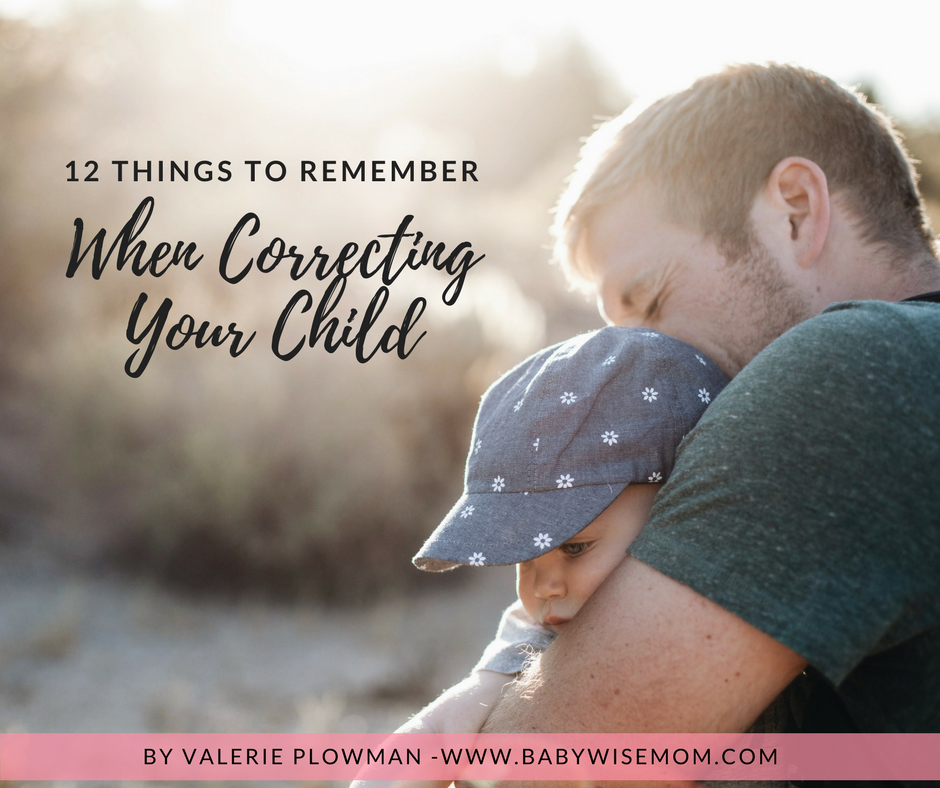 Previous
12 Things to Remember When Correcting Your Child (guest post) 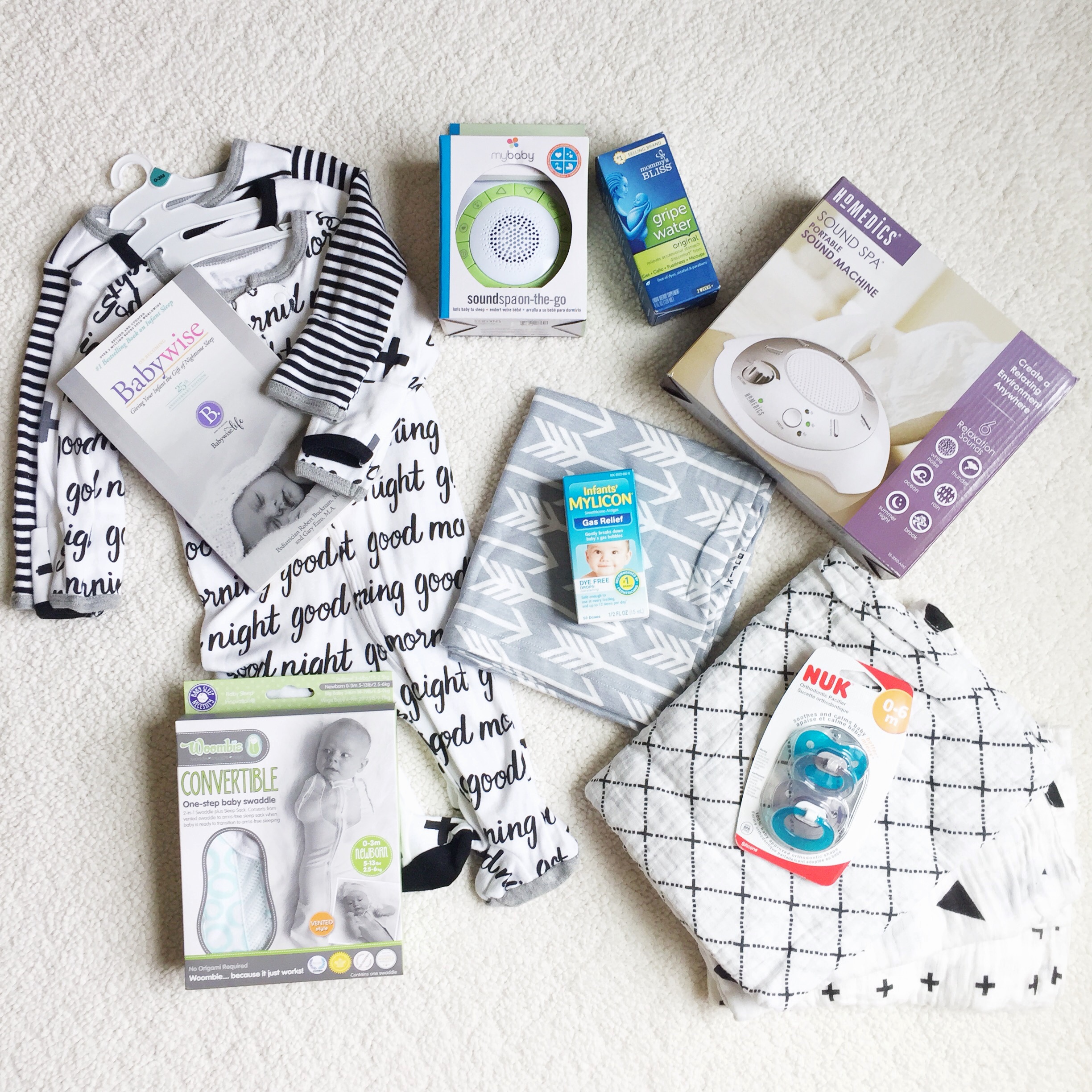 Next
The Best Products to Get Your Baby Sleeping Well
Click here to cancel reply.