How Much Do Preemies Sleep? Preemie Sleep Schedule Basics

Newborn babies need a lot of sleep. When they’re first born, they pretty much wake up to eat, have a diaper change, and fall back asleep.

Premature babies, also referred to as preemies, need even more sleep than newborn babies. There is a drastic difference in sleep needs between preemies and full term babies.

It’s important to be aware of just how much sleep a preemie needs and have realistic expectations of when they will sleep through the night.

In this post, I’ll walk you through what to expect with a premature baby, how much preemies should sleep, and what a preemie sleep schedule looks like.

What is Considered Premature?

A baby that is born before 37 weeks of gestation is considered premature, but there are varying degrees of prematurity.

Babies born before 26 weeks gestation are considered to be micro preemies.

My identical twin girls, Josie and Margo, were born at 31 weeks and 6 days, so about 8 weeks before my due date. (You can read my full birth story here.) They seemed so tiny and frail to me, and it’s hard to believe that they weren’t even small compared to micro preemies.

They were in the NICU for just under 3-weeks and came home just one day apart from each other.

How Much Do Preemies Sleep?

Your preemie will be behind developmentally for at least the first year of life and up to two years. This will include being behind in sleep.

(My girls are now 3 and have been completely caught up developmentally for over a year, so don’t let that thought worry you!)

A premature baby will sleep up to 22 hours a day. If you think about it, a newborn sleeps constantly for the first 2 weeks of life. Your preemie will likely sleep that much until after their due date.

Why do preemies need so much sleep? Their little bodies are working overtime. They’re supposed to still be in the womb, relaxing, and growing at a regular pace.

Instead, their tiny bodies are being forced to breathe air and digest food well before they’re ready to! It’s a lot of work for them.

Josie and Margo couldn’t handle being awake for more than 30 minutes at a time until 4-weeks past their due date.

It felt very strange to have babies that were constantly in their beds, but they really needed their sleep. Their little bodies were working overtime to gain weight and grow.

Preemie Sleep Schedule in the NICU

When your preemie is in the NICU they will most likely be on a 3-hour schedule, 24/7. I know that all hospitals are different, but I have yet to meet a preemie mom whose baby wasn’t fed every 3-hours.

The nurses will likely have to wake your baby up to feed them, give them a quick diaper change, and then put them back to sleep. Their awake time will be very minimal.

When you bring your preemie home from the NICU it is wise to keep them on the same schedule.

If there is a certain time you want them to eat, ask the NICU nurses if they can help you with the schedule transition while they are still in the NICU.

The sleep schedule will be very challenging for the first few months. We had to wake our twins up every 3-hours, around the clock, to feed them.

Their growth was incredible, and we were actually given the OK from our pediatrician to go to feedings every 3.5-4 hours at night when they were 7-weeks old. Josie weighed 6 pounds, 12 ounces, and Margo weighed 7 pounds, 8 ounces at that point.

Stay on the 3-hour schedule overnight until you are given the OK from your pediatrician!

After my girls took their bottles, they basically went right back to sleep. It wasn’t uncommon for them to fall asleep as we were giving them their bottles, but we did everything we could to keep them awake because they really needed those calories!

How to Implement the Preemie Sleep Schedule

Our schedule started at 7 AM. We would wake our twins up and give them their bottles. For the first several weeks, this was incredibly difficult and they did not want to wake up.

Sometimes it would take a full hour for them to finish their bottles because they kept dosing off. A good feeding took 30 minutes.

After they took their bottles, they were beyond exhausted! We would then change their diapers, and they would fall right back to sleep.

We repeated this exact same thing every 3-hours, with pumping breast milk and taking care of our two-year-old, Theo, thrown into the equation.

To say that it was exhausting is an understatement! The day we got the OK from our pediatrician to go longer periods overnight was such a relief! We continued on the 3-hour schedule during the day for several months after stretching out the night time feedings.

Other Posts of Interest

Depending on just how early in your pregnancy your baby was born, their first feedings will probably be from a feeding tube.

Once they master the suck-swallow-breathe process, they will be able to eat from a bottle or breastfeed.

It is incredibly difficult for preemies to learn how to breastfeed. Unfortunately, it takes more effort and strength to breastfeed than bottle feed.

I don’t say this to discourage you, but so that you can be prepared. If breastfeeding is important to you, you can keep your supply up while pumping and attempt breastfeeding when your preemie has gained some strength.

I exclusively pumped for my girls, and while it was challenging, I’d do it again in a heartbeat.

Waking a Preemie to Eat

They say to never wake a sleeping baby, but I personally don’t agree with that. And it is essential to wake a premature baby to eat.

If they are in a deep sleep, you can gently wake them up by changing their diaper. Stroking their cheek can trigger the swallow reflex and is irritating on the skin of a premature baby. If they are irritated, they won’t fall asleep!

Previous
Flying With Twins: How to Survive Traveling With Toddlers in Tow 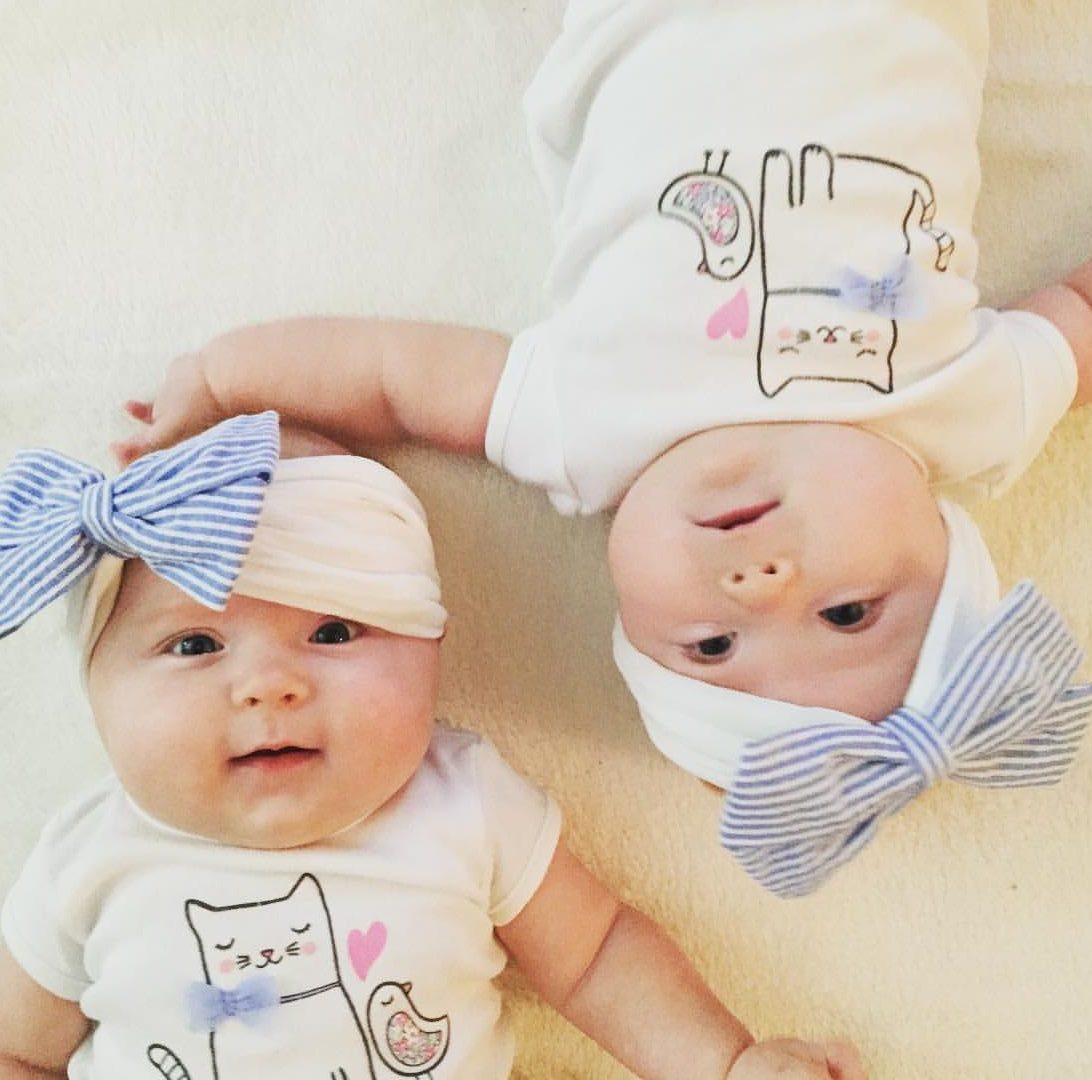 Next
Preparing For Twins: 7 Important Things to Consider
Click here to cancel reply.