The Joys and Challenges of Raising Identical Twin Girls

When we found out that we were pregnant… and that it was TWINS… we had a 15-month-old little boy, Theo.

I would have been happy with whatever babies I had, but I won’t lie, I hoped that one of them would be a girl. For some reason, it never crossed my mind that we would have identical twin girls.

We did an elective ultrasound and I brought 2 blue and 2 pink bows so that we could find out together when we got home. I took the first bow out and was absolutely elated that it was pink! When Ben took out the second bow and we saw that it was also pink, we both looked at each other with dropped jaws.

I was overwhelmed with gratitude, because I have a sister, and she is my best friend and the best gift of my life. However, I’d be lying if I said that things were always easy between us; that we didn’t have our challenges and struggles and DRAMA.

Not that brothers don’t have their share of issues, but I think we can all agree that girls take the cake when it comes to drama.

Now that we are 4.75 years into raising identical twin girls, I can tell you that it comes with all of the joys and challenges that you would imagine, plus some. It’s my greatest joy and so much fun, but I also constantly worry that I not doing everything right.

Let’s start with the joys, the delights, the absolute best thing about having a twin sister and raising these identical twin girls.

Built in Best Friend and Playmate

When Covid hit this year I was so beyond thankful that my kids had each other. My girls very rarely complain about being bored. My girls play together constantly. It’s bittersweet that they never want to play with me.

On the one hand, I don’t enjoy playing imagination games with kids. But on the other hand, it makes me sad that sometimes they ask me to leave the room so they can play alone!

Related –> How to Handle Twin Tantrums

Someone Always Has Your Back

My sister is 4 years younger than me and I remember my mom sitting us down after one particularly bad fight that we got into.

She reminded us that no matter how mean we were to each other or how much we annoyed each other, we had to work it out and forgive each other because sisters are forever.

I know that my girls might grow apart when they grow up and that they might not be best friends forever. However, I really do believe they will always be there when they need each other. They will have someone they can count on to defend them and stand up for them and walk through life with.

When Josie and Margo were in preschool last year, their teacher called them the belles of the ball. They would walk in and everyone would make such a fuss over them. The other kids would exclaim “Josie and Margo are here!” Twins are fascinating to so many people, including other kids.

My girls loved walking into school and getting attention from all of their friends. I mean, how cool is it to walk into a building and have people delight in your presence? That is what it’s like to be a twin.

Related –> 10 Reasons Being a Twin Mom is So Hard

Yes, this was listed as a joy of being an identical twin, but it is also can definitely be a challenge.

My girls are so used to it that if I’m talking to someone and they don’t acknowledge my girls, Josie and Margo will exclaim “We’re twins!”

It can be really sweet to get lots of attention but it can also be really annoying, like when I just need to buy 5 things from Target, I don’t want to hear about your cousin’s-half sister’s -best friend’s-nieces classmate’s-twins.

But it’s a real thing.

Despite the fact that identical twins have identical DNA, I don’t think my twin girls look anything alike. They definitely looked more alike as babies, but the older they get, the less alike they look. They both suck their thumbs, but Margo stopped and Josie still does at the age of 4 (don’t come at me, we have tried everything.)

This has definitely changed the shape of their faces.

Josie and Margo are actually identical mirror image twins. They were born with cataracts in opposite eyes (Josie’s was surgically removed earlier this year). Their hair also parts on opposite sides, and when they got teeth as babies they always came in at the same time but on opposite sides.

Their friends at school couldn’t tell them apart, even when they had different colored glasses and wore different outfits to school. We even have many family members who can’t tell them apart. They haven’t been very frustrated by it yet, but they were only in preschool for a few months before the world shut down because of the pandemic. We’ll see what happens when they start Kindergarten!

The Benefits of Keeping Twins Together in School

You know how I said that we have twin blinders and don’t think our twins look anything alike? Yes, well that changes in pictures. We have pictures of our girls as babies where we absolutely cannot tell them apart.

We also have pictures where we are preeeeetttyyy sure who is who but not positive. And Josie and Margo always look at their baby and toddler pictures and ask which one they are.

Just trust me and do it. Unless you have some fancy system of always dressing them in different colors, you will forget. Our system was dressing Margo in pink and Josie in the coordinating color, whether it was purple or green or yellow (which is so funny that now Margo hates pink and Josie loves it).

But sometimes they had matching clothes, or sometimes an outfit got dirty and we just threw on whatever was available.

Related –> 9 Things All Twin Moms Know to Be True

How do you raise twins… especially identical twin girls… to not compete with each other? How do you help them cheer each other on and celebrate each other’s strengths when it might be drawing attention to their weaknesses?

I am not even 5 years into raising twins, so don’t think that I am claiming to be an expert with all of the answers. But what I can claim is that raising my twins (actually all of my children) to be secure, happy, well rounded individuals is the most important thing to me. I am constantly reading, evaluating and being intentional with how I raise them.

Here’s what I’ve come up with so far (but this should probably be a separate blog post, amiright?):

Celebrate and Praise Their Individual Victories

I know that it can feel mean to celebrate something that one twin has learned how to do if the other hasn’t mastered it yet, but it is crucial to do that. You don’t have to go overboard, but my rule of thumb is that if I praise and celebrate a singleton for something, I’ll do if for my twins.

If one twin learns how to read and the other hasn’t? Praise them.

If one twin masters potty training and the other twin hasn’t? Praise them.

If one twin demonstrates kindness or generosity? Praise them.

If one twin scores a soccer goal that wins the game? Praise them.

One on One Time

I know it can be really hard, but try to fit in as much one on one time as you can with your twins. This can be difficult if you have multiple children other than your twins and it’s something that we have slacked on because of having a new baby in the middle of a pandemic. However, we still do our best, even if it’s just taking one kid by themselves to pick up a curbside order while listening to the Frozen soundtrack.

So often with twins you hear them referred to as “the one.” The pretty one, the quiet one, the fun one, so on and so forth.

Josie is social, outgoing, and loves all people. Margo prefers to sit back and observe, and loves her family and close friends, but is wary of strangers. Some would label them as the outgoing one, the shy one, the social one, so on and so forth.

Even though I can plainly see the differences in their personalities and comfort levels, I will not put those labels on them.

It is so important to me that my girls learn how to be true to themselves, no matter what that looks like.

If they both love the same things and have the same interests, that’s fine with me.

I worry that sometimes they choose to like different things just for the sake of being different, or DON’T choose what they actually like because they want to be the same.

When I had the girls make their Christmas lists this year, Margo’s list was pretty random and I didn’t feel like there was anything on it that really stuck out to me as something that she would truly love. Josie had put some Disney princess dolls on her list and I remembered Margo looking at them in the catalog. When I asked Margo about them, she told me that she wanted Josie to have them. When I explained to her that she could ask for them as well, she was happily surprised and added them to her list!

We have also had instances where they fight over getting dressed or choosing new glasses. One of them wants to match and the other one wants to be different.

It is such a struggle because I understand wanting to be unique and not have someone matching everything you do.

However, if one of them gets dressed and chooses a flower dress and the other one wants to wear the same dress, I’m not going to tell them no.

Raising identical twin girls (or any set of twins!) is such a challenge and SUCH joy! If you’re going through any of the challenges I mentioned, just know that you’re not alone! 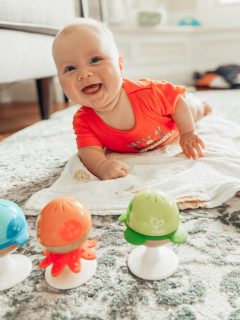 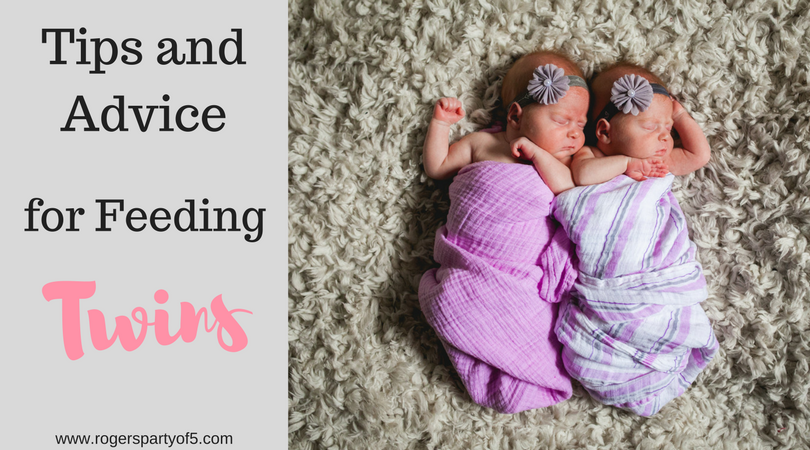 Next
Feeding Twins: Tips and Advice from a Twin Mom
Click here to cancel reply.