There are pros and cons to each decision, and I honestly believe that there is no RIGHT decision. Some twins thrive being in the same classroom, while it’s a disaster for others.

As a matter of fact, my twins are identical mirror image twins and have drastically different personalities.

I absolutely believe that it will be best for them to be in separate classes in school.

However, I don’t think it will be best to separate my twins in preschool. They are going to be in the same class for preschool and then we can always change our minds before Kindergarten!

Reasons for Separating Twins in S

It might happen at recess or during lunch, but they won’t be asked “Which one are you?” in their own classroom.

If your twins are in different classes, they won’t be confused by their teacher or classmates.

My girls, Josie and Margo, are identical.

I can definitely tell them apart if I’m looking them straight in the eye.

But if their hair is in their face, or I can only see the side of them? I can’t always tell.

I call them by the wrong name very often. And I’m their mom!

So it’s nice for twins to get to go to school and not be asked “Which one are you?”

2. They Will Establish Their Own Identity

My twins have different personalities and preferences.

They play with the same toys and have the same interests… but they are very outspoken about their preferences.

When they play with animals, Josie is the giraffe because it’s her favorite, and Margo has the elephants.

They are loud and proud about this.

It sometimes seems as though they choose their favorites based on the opposite of their twin, instead of what they actually like.

I can’t wait to see the choices they make when they aren’t influenced by their twin at all!

When twins aren’t influenced by each other, they will more freely develop their own interests and passions.

They will be able to develop their own interests better if they are in separate classes. They will choose to play with trains or read a book about owls because it is what they want to do and not just because it’s what their twins doing.

3. They Can Make Their Own Friends

When we meet friends for playdates, my twins rarely split up or show much desire to play with other children.

Don’t get me wrong- they do love playing with other kids – it’s just that their twin comes first. Always.

They will choose each other first every. single. time.

And that is what makes the twin bond so special and unique and wonderful. And there is nothing wrong with twins being best friends and always choosing each other.

However, learning how to make friends and play with children that aren’t your siblings is a crucial life skill.

Some twins will make friends even when their twin is in the same class as them. Other twins won’t want anything to do with anyone other than their twin! It is really up to you to determine how your twins will react.

4. You Don’t Have to Worry About Comparison

With twins, it is next to impossible.

Even if it isn’t said out loud, parents are sure to notice that one twin masters skills earlier; one twin is neater; one more outspoken.

If parents notice it, the twins are bound to notice it as well.

Separating twins in school frees them from this comparison!

They are able to work at their own pace without wondering if their twin has already finished or has received a better grade.

As a twin mom, I have done a lot of research on the pros and cons of putting twins in separate classes.

I have also spoken with other twin parents who have school aged twins.

The majority of parents that I’ve heard from have said that their twins have really blossomed in separate classes in elementary school.

With twins, there is often one twin who has a more dominant personality.

What ends up happening when they are in the same class is that the twin that is less outgoing ends up not speaking up and letting their twin speak for them.

6. Competition Isn’t an Issue (at least in the classroom)

My twins are only 3 right now, but they still compete with each other.

It’s simple at this age.

They want to use the potty first, get up the stairs first, or choose their pajamas first.

They want to swing higher than their twin.

They want to kick the ball faster than their twin.

They are three and the competition is already there! One of the best ways to eliminate that competition is for them to not even know how the other is doing.

To have the ability to be in a classroom and NOT have to worry if their twin is reading better than they are, or can do math problems faster.

So. Ponder over these benefits of separating twins in school, and be sure to read my post on the benefits of keeping twins in the same classroom… and make the decision that you think will best benefit your family. 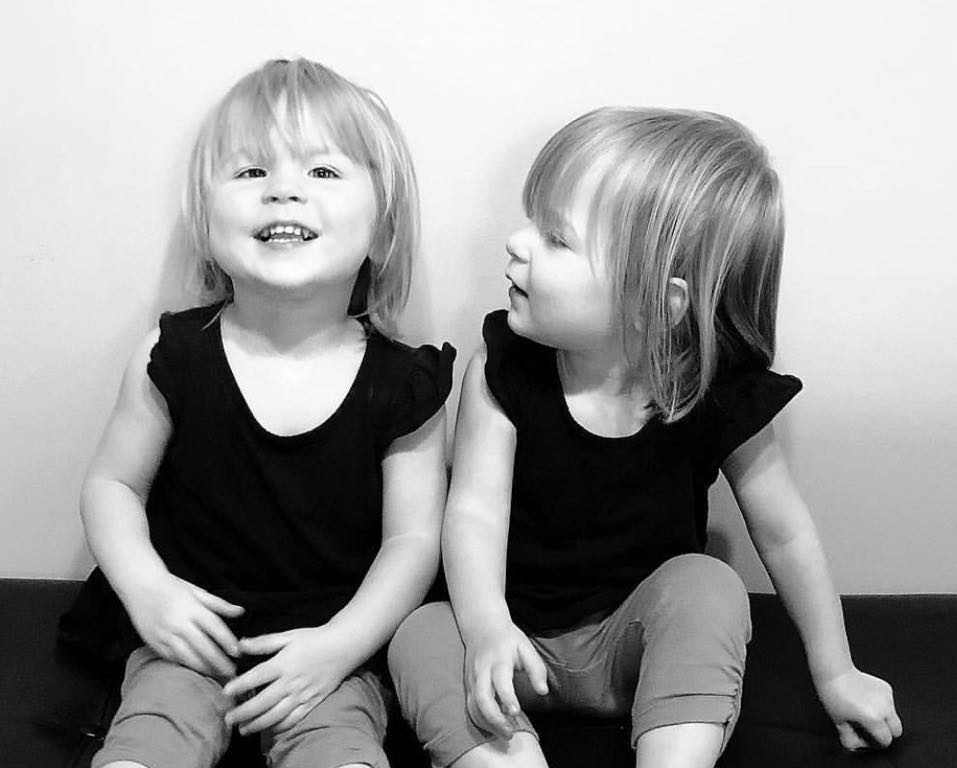 Next
How To Get Your Twin Toddlers To Nap
Click here to cancel reply.