Our son, Theo, was 1.5 years old when we found out we were pregnant.

It was a planned pregnancy and we were beyond thrilled to be adding to our family.

There was a small part of me that wondered how Theo would handle having to compete for our attention but I knew that in the long run they would be great friends and come to love each other.

Fast forward to our first ultrasound and hearing the word “two heartbeats.” Ben and Theo were both in the room with me.

They were sitting on the floor and Ben was trying (unsuccessfully) to keep Theo quiet and entertained with snacks and a video on his phone.

I had no idea what kind of impact twins would have on our family, but especially on our little boy. I looked down at this little boy who needed so much of our attention and couldn’t help but think “what on earth have we done?” How was he ever going to adapt to adding not 1, but 2 babies to our family?

How would I have the capacity to care for three children without the oldest having to make sacrifices?

DID I MENTION THAT THEO WAS SCARED OF BABIES? We were doomed… or so I thought.

I knew that I would love having twins; the joy of raising two babies at the same time and watching their bond would be totally worth it for me as their mom. I wasn’t so sure if that would be the case for Theo.

It took me a full year and a half of our having our twin girls to fully realize what a gift these twin girls have been, not just to me, but, to their brother. When we first brought Josie and Margo home from the hospital, Theo was very unsure of them.

When it was time to feed them, he would often sit in the corner of the room and watch us apprehensively.

He was definitely a little bit scared. I would ask him if he wanted to hold or kiss them and he was very quick to tell me no.

He did enjoy helping mommy and daddy, so an easy way to get him to interact with his twin sisters willingly was to ask him to help feed them.

Click here to read my tips on preparing a toddler for the arrival of twins. After a little bit of time had passed, he started to warm up to the idea of them. Soon he was asking to hold them and give them kisses and seemed very proud of his “Juice” and “Mango.” As the girls became more alert and started to notice Theo, he absolutely loved the attention they gave him. This is a picture of him before leaving for preschool. He wouldn’t leave without saying goodbye to them and giving them lots of hugs and kisses.

When I Finally Realized the Impact Twins Have

It was an early summer evening and we were in the backyard waiting for daddy to get home from work.

It had been a particularly long day (Theo was 3.5 and Josie and Margo were 1.5 at the time) and I might have poured myself a small glass of sparkling wine to enjoy on the patio.

I was hoping and praying that the kids would play together peacefully for just ten minutes so I could sit and relax.

The kids were playing in our plastic playhouse and were having an absolute blast.

They were taking turns throwing the windows and doors open, throwing balls through the windows, and laughing their cute little heads off.

Josie and Margo were laughing at everything Theo was doing and he was loving every second being the king of the castle.

It was then that it hit me.

What would he be doing without these little twinnies in his life?

Would he be playing in the playhouse by himself?

Who would be making him laugh and playing with him?

His life is so much happier with his twin sisters. They have taught him how to love, by loving him.

He mimics their childlike wonder, awe, and excitement of all things.

He has learned how to share and problem solve.

He has gained independence in a way I could never teach him.

His independence can cause problems that we have to work through.

I wanted to write this post as an encouragement to new twin parents who are concerned about the impact twins will have on their siblings.

There will be a huge impact and it will be wonderful. There will for sure be moments of doubt and frustration, but know that those moments will pass.

Having twins has had the most amazing impact on Theo as a person.

Yes, we’ve had moments when his behavior towards them has been less than desirable (that’s putting it mildly).

There have been days where I’ve cried with all 3 of them and thought I was failing as a mom.

But I look at the joy my children have when they’re together and the love they have for each other and I know I’m doing something right. 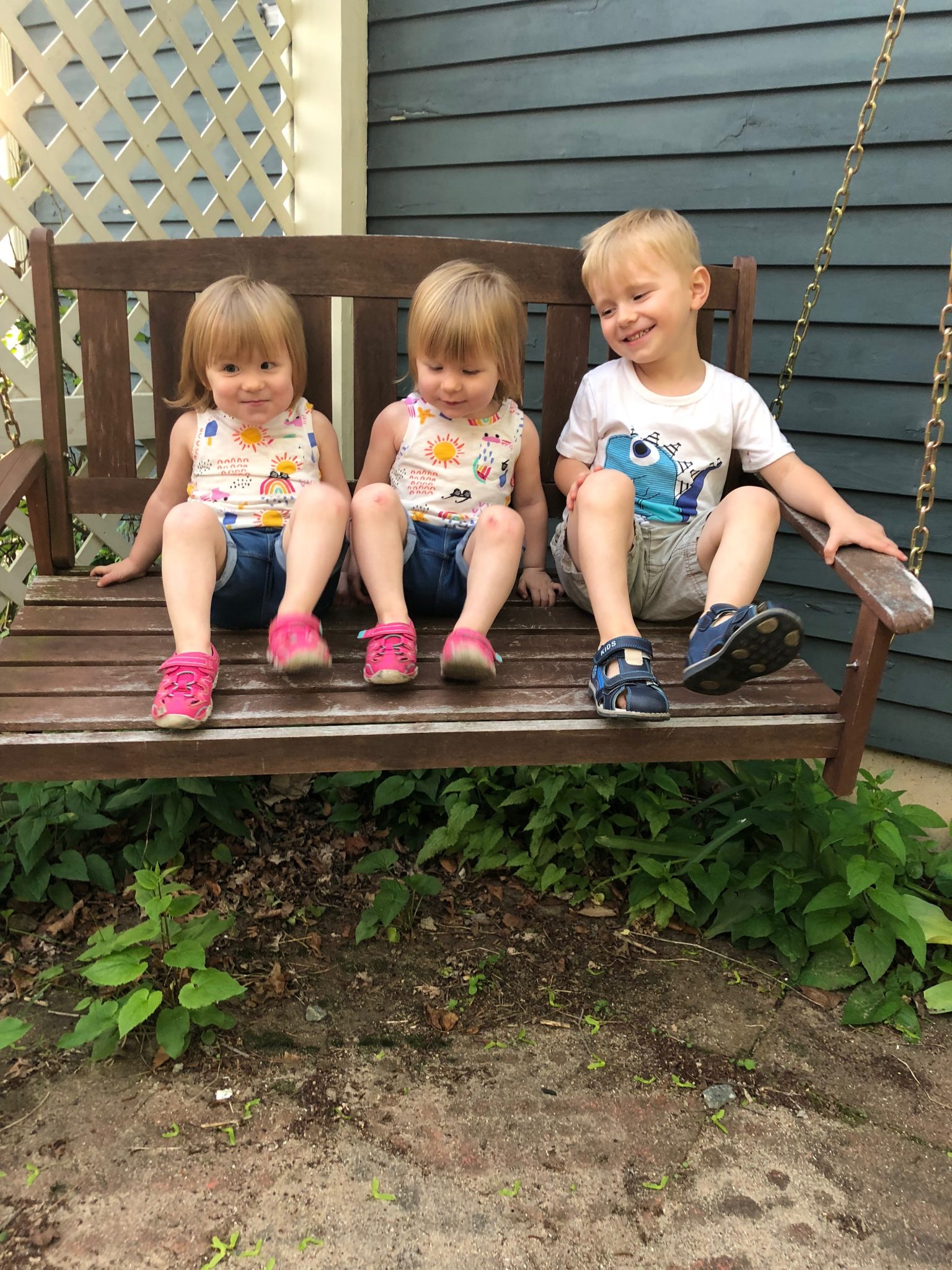 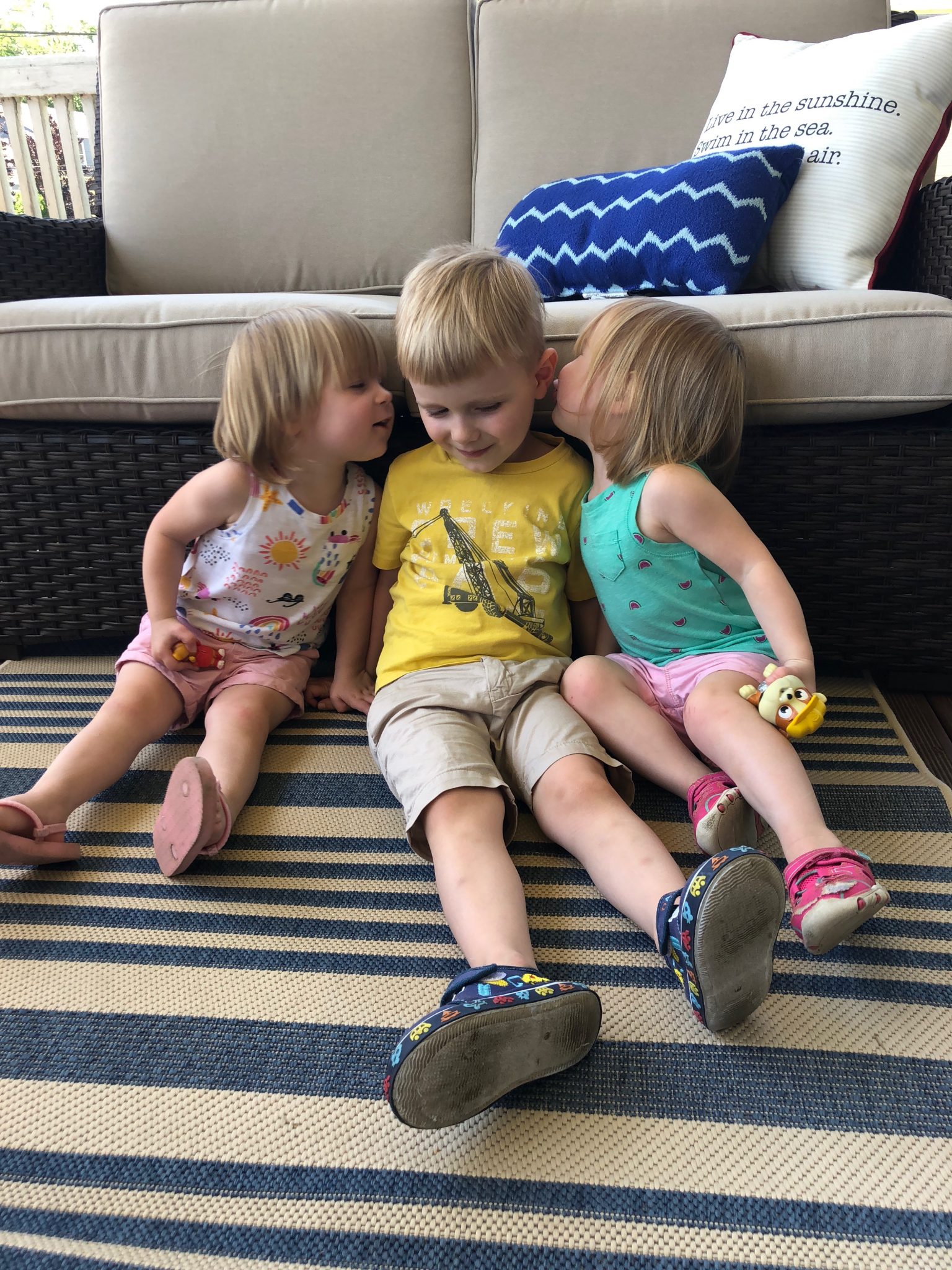 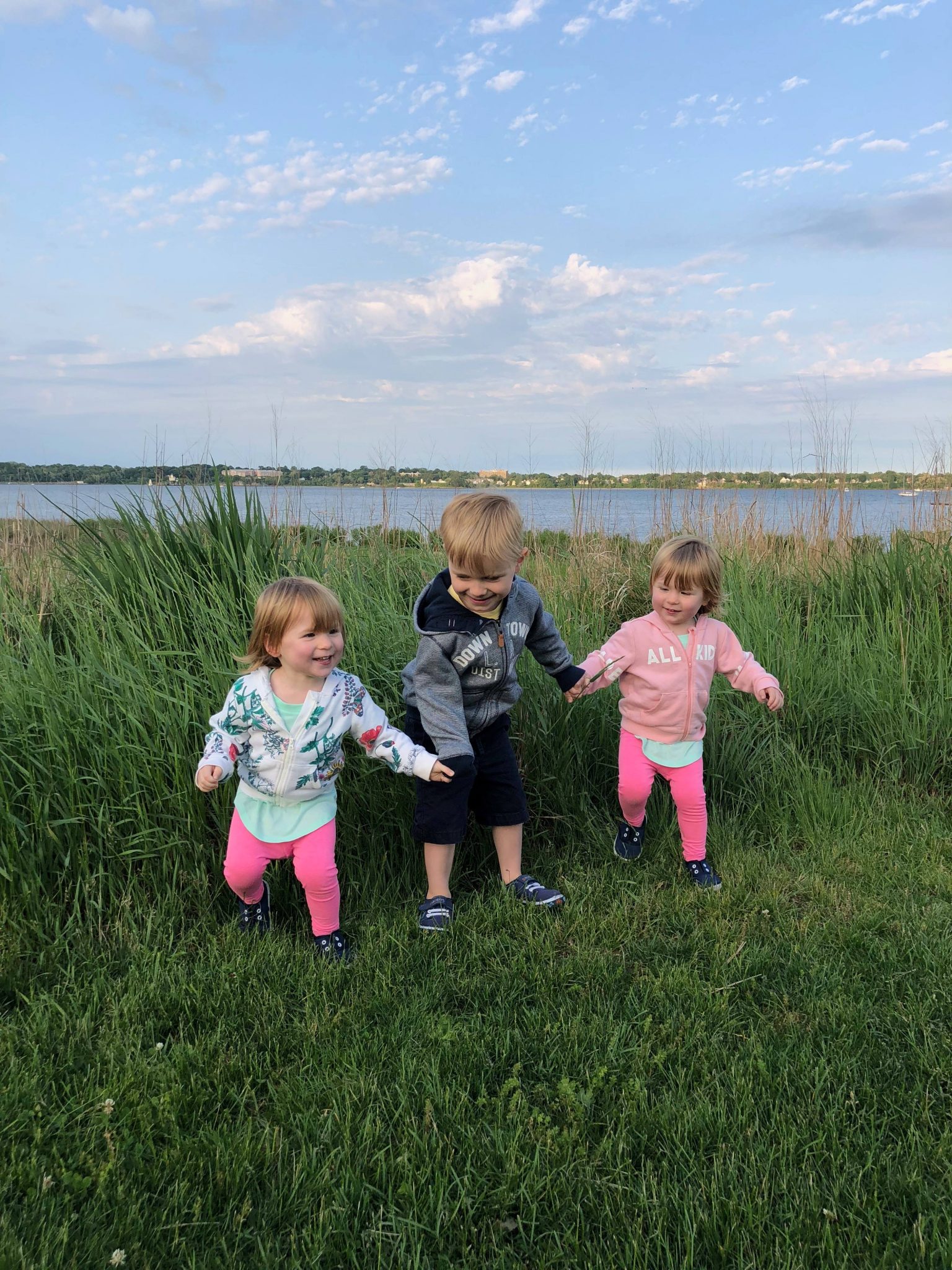 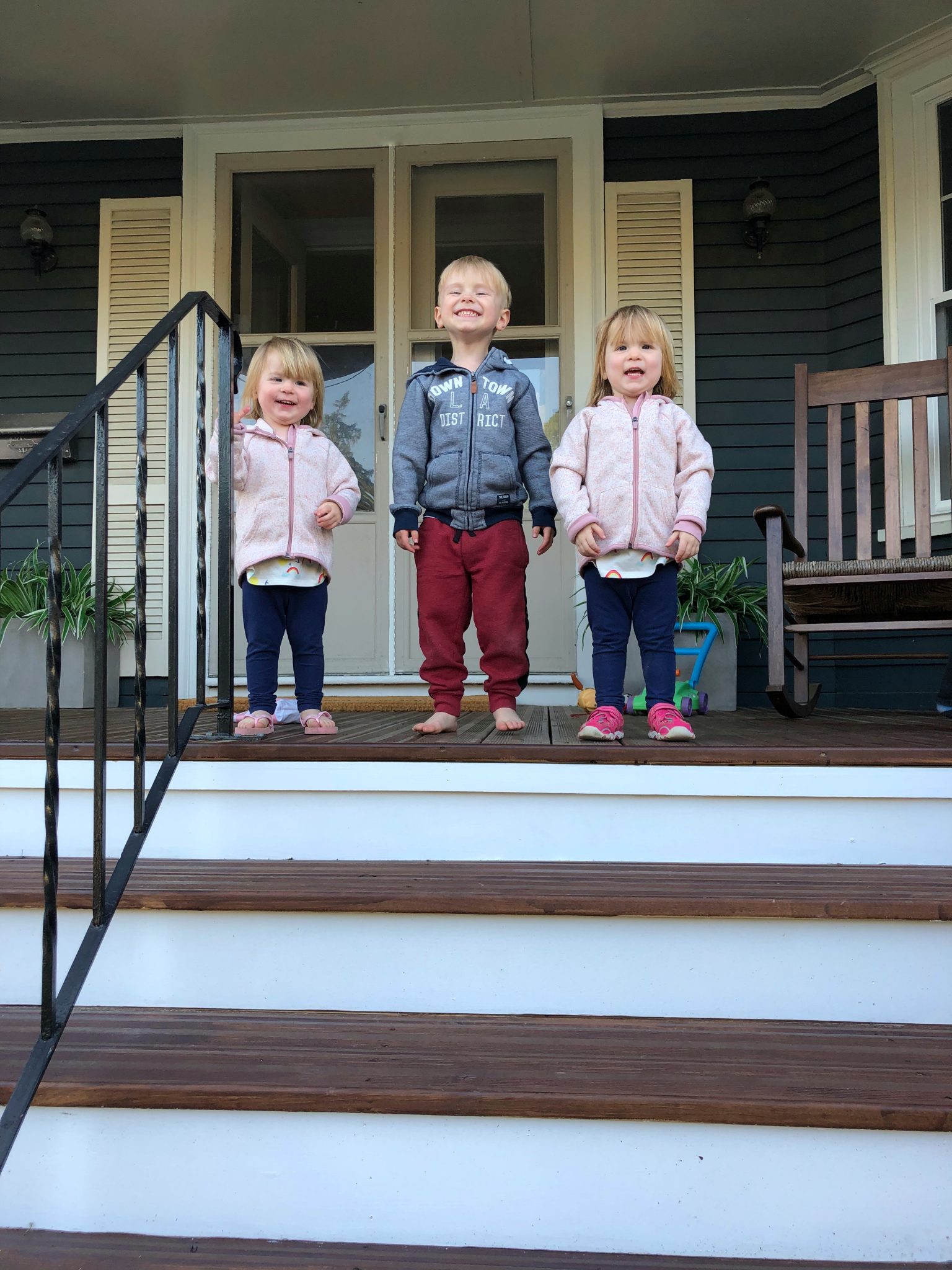 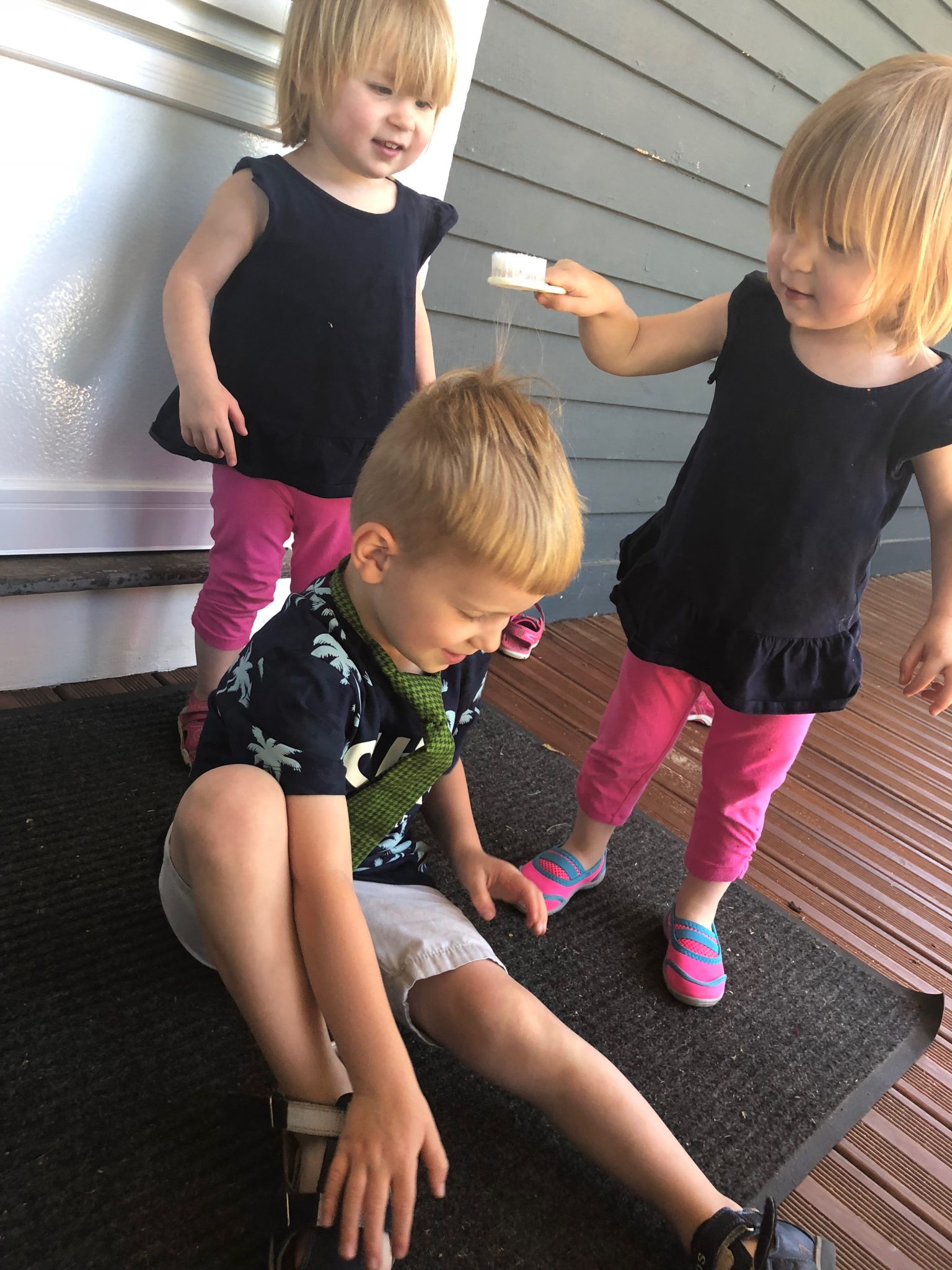 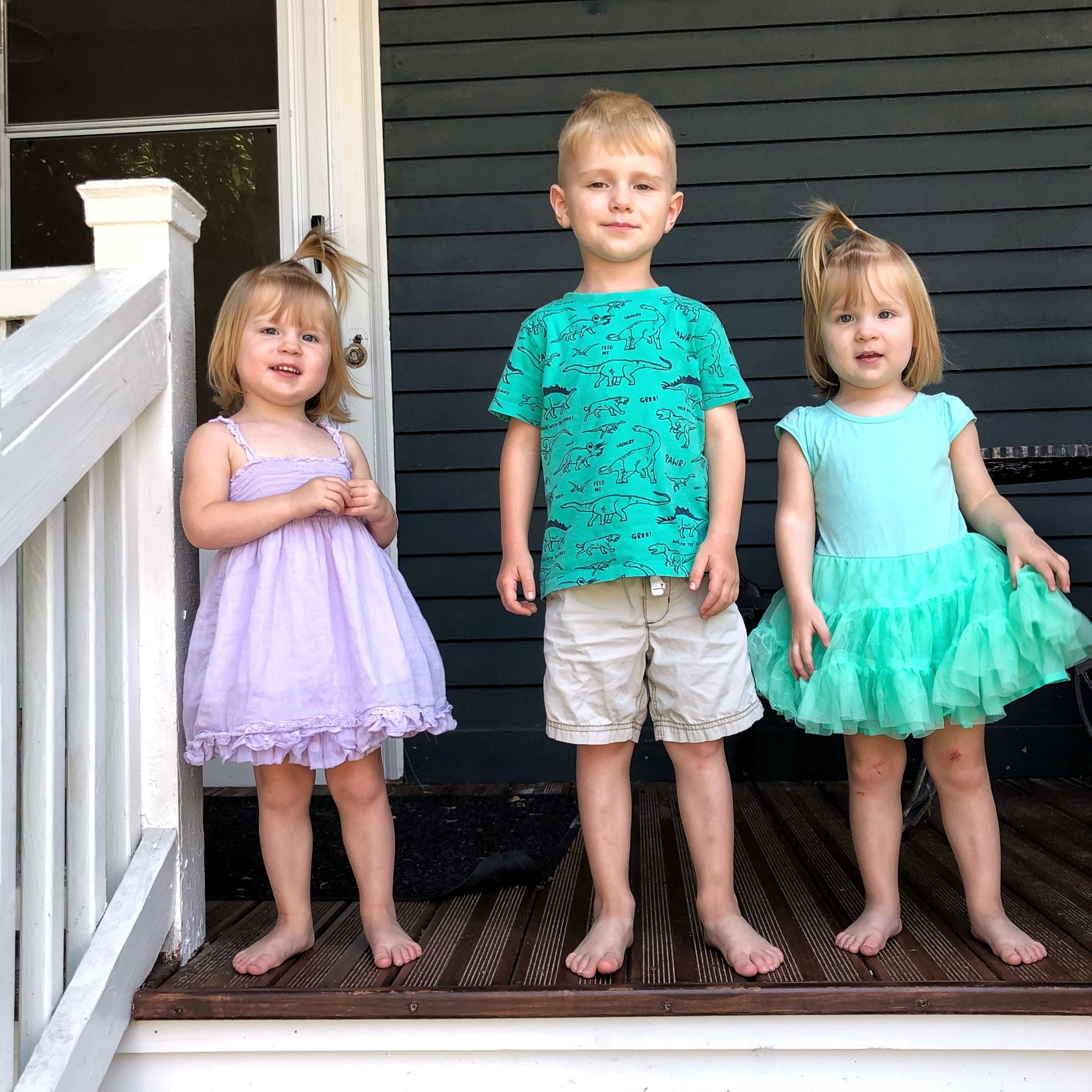 So if you are a new twin parent (or currently expecting twins) and you’re freaking out about how your oldest child is going to adapt? Fret not.

It will be HARD but it will be SO WORTH IT!

Siblings Fighting: How to Prevent It and The Best Way to Respond

Things All Twin Moms Know To Be True

Guilt as a Twin Mom and How To Overcome It Thanks for this post. I have a son who is turning one in two days and I just found out Yesterday that my surprise pregnancy I’ve only known about for two weeks is twins. I have been so worried that my son will feel left out and neglected or that the twins will buddy up and he will be left out in the cold. Your post gave me some hope. Thanks.

Hi Angela! I'm so glad that this post gave you hope. I had the same exact fears and worries and have been so touched and amazed by the bond that all 3 of them have. We definitely try our best to nurture and encourage the sibling bond as it's very important to me! If it's important to you as well, you will naturally nurture it as well. I hope you're feeling well... twin pregnancy can be so rough!

This post has feel my heart with hope and joy and some tears (good tears). Thank you for sharing this. It’s hard to find post for people with toddlers and twins. My case is just the same. My boy is 2 and my twin girls 3 months. At first it was EXACTLY as you described... reluctant to be near and I knew it was a process so I didn’t even push it. But it took very little time to adjust himself to them and he suddenly started to embrace the and decorate them with affection. He has definitely grow independently in ways I didn’t even think I could teach him. He surprises me daily by the things he learns and even the girls by the way they known he is important to them. I also freaked out for a while ( a lot!) about the HOW and God showed me my kid needed them.... now I can see in what way through your post. Thank you again from the bottom of my heart. With lots of love and a big hug macita.

Aww, Sara! I'm so glad this post resonated with you. Wishing you joy in your twin parenting journey!!