Toddler Twins Fighting: 9 Practical Tips to Help Siblings Get Along

Oh, toddlerhood. The joys of parenting small children who don’t have the ability to fully communicate, lack the skills to reason and if their demands aren’t met, mass panic ensues.

This is toddlerhood, right?

And when you have two toddlers… aka twins… you know that things can get loud real fast.

There can be fighting. So. Much. Fighting.

I don’t like to be a helicopter mom and hover over my children’s every move. However, with twin toddlers, there’s only so much space you can give them before they are fighting over something.

Also, when I say they fight over ‘something’, 98% of the time they are fighting over a toy that they have 2 of. For real. *eye roll emoji*

Your toddler twins fighting is developmentally appropriate (and it might make you miss having twin babies!). In fact, it is actually good for them to fight and learn how to work through things at a young age.

My girls just turned 3, and even though they still fight, they also have fantastic social skills.

They’re great at taking turns. They love to share. And, when their sister does something to upset them, they can fully communicate “I didn’t like that. Please don’t do it again.”

Hello. I’m parenting twins over here, and they can definitely have some terrible behaviour.

That’s just part of being a child! However, there are things we have done that have drastically helped with the fighting. Our goal is for our children to have a beautiful siblings relationship.

It is so important for twins to have time to themselves. I’m not saying keep your twins apart all day long; a little bit of time to play by themselves is perfect.

Basically, we have time set aside each day when they go into a (childproofed!) room and play with a few toys on their own.

It is brilliant. They get a chance to play with whatever they want without someone stealing their toys, and I get a chance to get some things done so that I’m truly able to focus on them when they come out.

2) One on One Time With Parents

When I approached my due date in my twin pregnancy, I started to have anxiety about never getting one on one time with our son.

I decided to make it a priority, BUT ALSO to not stress about it if we were in a season where it couldn’t happen (such as when we had a new baby… or two).

One on one time with parents is tricky when you have more than one child, but it is really beneficial in helping to avoid sibling rivalry. It also gives you a chance to get to know your child better and see how they handle certain situations.

One on one time doesn’t have to be fancy. It can be a trip to the library or a coffee (muffin for the child!) date. When our children are toddlers, one on one time is a mix of running errands with a child solo, and fun outings.

We practiced sharing starting when our girls were young toddlers.

I would get down a toy and take a turn myself. Then I would ask Josie if she would like a turn, and she would play. We would then tell Margo it was her turn.

The best items to practice with are things like toy food. Each person can have a doll or animal and take turns giving it a bite. It works really well because taking a bite of something is a pretty quick process, so everyone has a turn frequently.

It’s a great way to teach them how to play together and it worked really well. It might only work for a few minutes, but a few minutes is better than nothing!

Our family loves Daniel Tiger and there is a fantastic episode when Daniel learns how to share. You can get the board book here: Daniel Learns to Share.

Another great way to teach sharing is by playing games. There are few games that toddlers can actually play, but the Roll and Play game is perfect for toddlers. It’s really fun and adorable and bonus: it teaches taking turns!

It can be really intimidating to take two tiny, fearless humans out into the world. But my kids fight way more at home.

When they’re out and about, they’re distracted. It’s better than just throwing on a video (there are different views on this, but I believe that screen time is also a great distraction, in moderation!)

Related: How To Safely Take Toddler Twins Out In Public By Yourself

4) Acknowledge Both of Them

Even if it appears that there’s one culprit and one victim, be sure to acknowledge both of their feelings.

Maybe twin A hit twin B, but did it because her feelings were hurt in the first place. Let her know she is allowed to feel sad or mad and you’re sorry she feels that way, but she is still not allowed to hit.

While it is good to tell a toddler “we don’t hit,” we also have to tell them what to do.

We need to teach them what is acceptable if they are angry or sad. Reinforce what hands are good for: hugs, high fives, giving gentle rubs or pats, etc.

Younger toddlers don’t have the best communication skills, but they usually master the word “NO” pretty early on. You can tell them they are allowed to say “No thank you!” if they want their twin to stop doing something.

We start working on teaching our children to calm down when they’re toddlers. We work on taking big breaths, giving hugs, and getting away from the situation. Calm Down Time is a great board book for helping toddlers learn how to calm down.

6) Figure Out What’s Going On

Look away for two seconds and you will miss something. Usually, Josie and Margo are fighting because someone ‘took’ something from the other.

They have been known to say someone ‘took’ something from them because they saw their sister pick it up from across the room and decided they want it.

One of the first steps is to figure out what actually happened.

But you know what? He could be wrong. That’s too much responsibility for a 5-year-old. It can also cause resentment between siblings.

I look over the situation and can fairly often figure out what happened.

If there is a certain toy that causes fighting, get rid of it.

I usually place things out of reach where they can still see it. When they ask about it, I remind them that they lost it because they weren’t playing nicely.

It may take a while, but kids learn when you follow through.

There have also been times when I put the toy away until they’re older, or donate it.

Sometimes they just can’t handle seeing the toy. Also, Josie tried to climb on top of our upright piano to bring some paw patrol pups down, so make sure wherever you place these toys is a place that they aren’t going to try to climb.

She’s fearless, what can I say.

This may seem obvious and I almost didn’t put it. But you guys, it’s really important.

Our children need us to demonstrate how to react in stressful situations.

Getting all worked up is only going to escalate the situation. Stay calm (here is my post with tips for staying calm in all seasons of motherhood) and talk through it.

Lastly, it is important to discipline consistently.

We usually do timeout, and I will take toys away if they won’t play nicely.

Lastly, remember that it’s all just a season. Helping your children work through problems as toddlers will be greatly beneficial to them in the future. Stay strong. You got this! 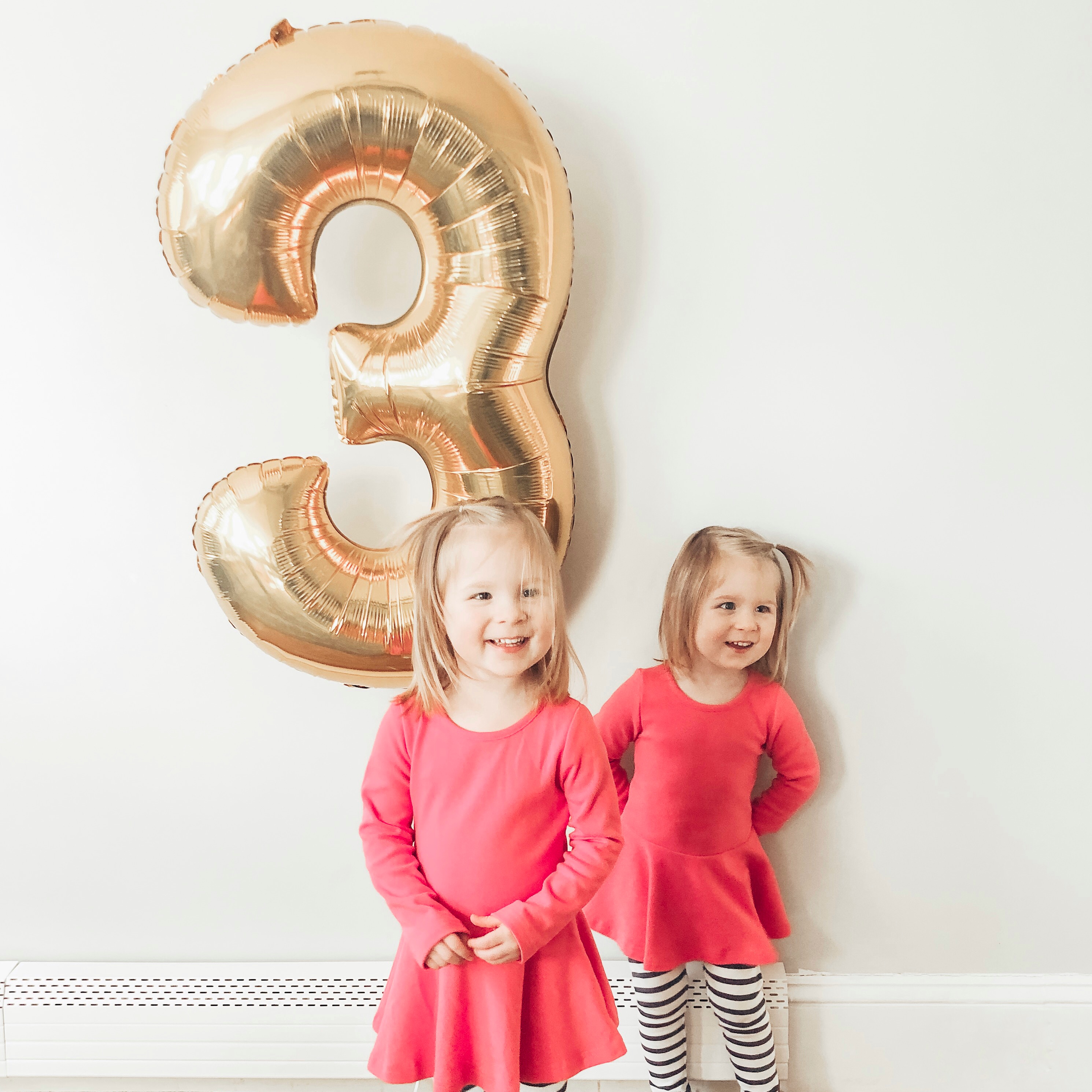 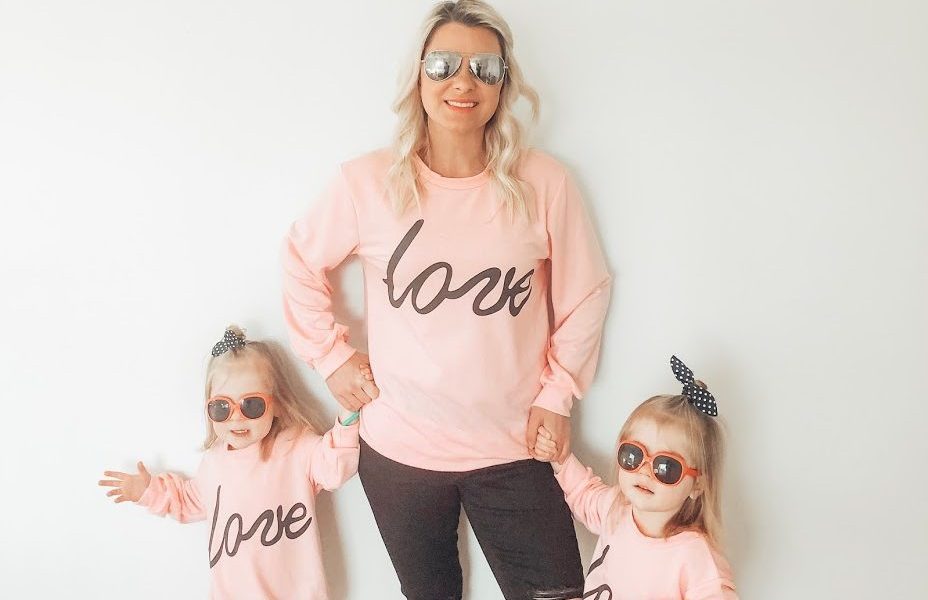 Next
16 Signs You're Living the Twin Mom Life
Click here to cancel reply.