The Best Things About Twin Toddlers: Finding Joy in the Chaos

As much as I dislike it when random strangers come up to me in public and exclaim “double trouble!” about my twin toddlers, I have to admit that it can be true. My adorable, identical twin girls, can indeed be double the trouble.

I have a vivid memory of leaving the park last summer with a scene that is probably very real for anybody who has multiples.

Josie and Margo were 2 and Theo was 4. When I told them it was time to go home, the girls flat out refused. I thought quickly about what I could say to convince them to leave but honestly, I knew that it wasn’t going to happen.

First of all, they were exhausted and there was no reasoning with them. Second of all, I am not the kind of mom who says “OK time to go!” and then changes it to “OK, 5 more minutes!” or “You can have ice cream when we get home if you come right now!” if my children don’t listen.

I am the mom who says “OK, time to go!” and if my kids don’t come, I pick them up and carry them out kicking and screaming. This can be problematic with toddler twins, but I do it anyways.

So. Back to this hot summer day at the park. Friends, I had to literally chase them down.

I got Margo first and scooped her little flailing body up. Josie was running away as well but I was thankfully able to grab her and pick her up (with one arm, because the other was holding Margo).

I still remember the stares of the other parents at the park. Let’s be real, I would have stared, too. We were quite a sight: me, drenched in sweat, carrying two flailing bodies, surfboard style, and Theo running after me.

This is usually how I sum up twin toddlerhood.

Raising twin toddlers is chaotic. It’s hard.. But you know what? It’s also a lot of fun.

I’ve written a lot about how to survive toddler twins, so I thought today I’d touch on the best things about having toddler twins. The joys, the ways they make me laugh and make my heart burst daily.

The Best Things About Twin Toddlers

I, of course, had to ask my husband what he thought the best parts of toddler twins are. His answers are numbers 6 and 7 below. After he named those 2 things, he said “I think those are the only good parts. Everything else is just really hard.”

If you’re in a season where you count down until it’s time for your twins to go to sleep (only to have them completely boycott sleep), I hope that this list will encourage you and remind you that despite the challenges, there are JOYS in raising these little people.

I encourage you to write your own list of your favorite parts of parenting your twin toddlers (in your free time… ha!) and read it when you need to be reminded of the positives.

Also, if you’re just entering the world of 2 year old twins, I want you to know that the fun is just beginning as they learn to communicate!

Read –> Surviving Toddler Twins: How to Not Let Them Run Your House

Yes, they fight. My goodness, the fighting!

Gah! Despite their fighting, they love each other so so much. It warms my heart to see their bond deepening and growing. Twin friendships are such a blessing to watch.

2. Twin Toddlers Entertain Each Other

I remember when Theo was a toddler and he’d always want me to play with him. While I love spending quality time with my kiddos, I do NOT like playing with their toys with them.

Well, twin toddlers will play with toys TOGETHER and don’t even want me to join in. Built-in entertainment!

3. They Comfort Each Other

When one twin gets hurt or is sad, the other twin will run to the rescue.

The other day Margo was in the kitchen with me and we heard a crash and Josie start crying. Margo gasped and shouted “Hurry mommy, let’s go! Josie fell down!”

We ran over together and Margo helped me give Josie rubs and hugs to feel better until she stopped crying.

It is a.dora.able when they comfort each other.

It is absolutely hilarious to hear my girls talk to each other. Their little conversations are so funny.

They hold hands and run in circles around our house, giggling in excitement.

They twirl around in circles until they fall over, they hop like bunnies together, and the list goes on and on. It is hilarious and adorable. And don’t even get me started on Halloween costumes!

5. They Challenge Each Other

Margo then gets a treat and tells Josie she got a treat. However, more importantly, Josie sees Margo succeeding at something, receiving praise, and wants that praise for herself.

I’m not sure how the competitiveness will pan out when they are older so, for now, I’m just going to focus on it as a win.

6. They Feed of Each Others Energy

While they do feed off negative energy (hello double tantrums), today we’re focusing on the positive. They feed off each other’s excitement and joy!

Whenever we tell our girls that we’re doing something they like (such as having pizza for dinner or going to see a friend) they both shout in joy. It’s the cutest thing ever to see them both shouting “YAY, YAY, YAY! HOORAY!!” in unison.

7. They Miss Each Other

Now obviously my girls aren’t apart a ton. But when it does happen, such as when we have to separate them for nap time, they miss each other so much.

Josie will say “I want my Marmo!” Their communication skills have really grown a lot in the past year. It used to be just a scream of “Maaaaarmo!”

Both ways are equally precious.

8. They Cheer Each Other On

Back to potty training!

Every time one of them is successful on the potty, the other one will jump up and down and clap their hands in excitement. It’s truly special to see them so happy for each other!

If you’re a twin mom, I’d love to hear from you! What is your FAVORITE part of toddler twins?

Twins Climbing Out Of Their Cribs? Here’s What to Do!

What to Do If Your Toddler Twins Aren’t Napping 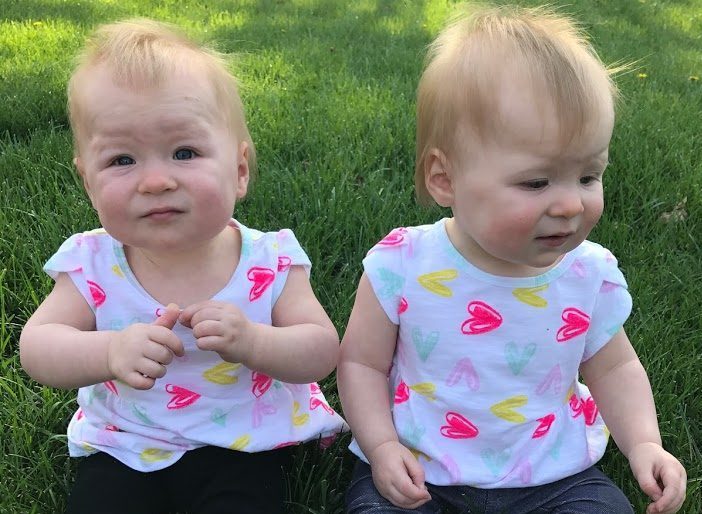 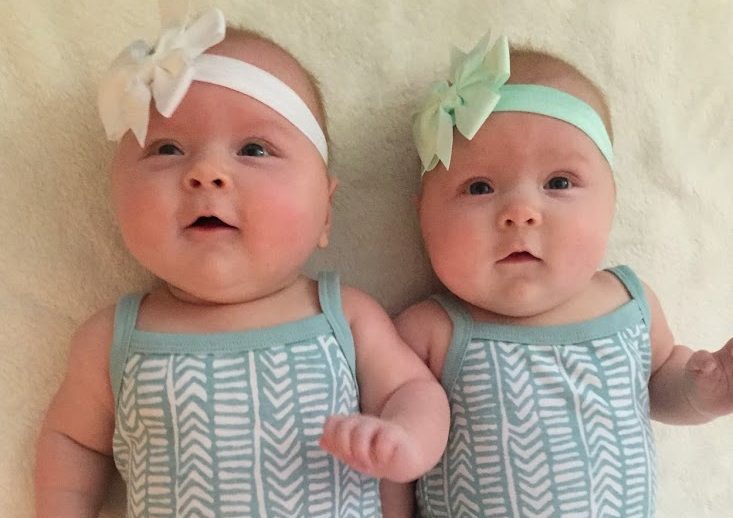 Next
How to Take Care of Twins Alone: Managing Twins by Yourself
Click here to cancel reply.