When Does it Get Easier With Twins?

When does it get easier with twins?

I remember a particularly hot spring day when I was at the park with my identical twin girls and singleton.

My twins, Josie and Margo, must have been about 3 months old and Theo was 2.

There was a twin dad at the park, whose twin boys looked to be about 5. I asked him the question that had been burning on my mind ever since we brought our preemies home from the hospital…

When does it get easier with twins?

He chuckled and shook his head. “It doesn’t get easier,” he told me. “It just gets different.”

I gave him a tight-lipped smile and tried not to roll my eyes, because seriously? Not helpful dude.

20 minutes later, b babies woke up and started crying and Theo ran away at lightning speed when I told him it was time to go home.

As I pushed my double stroller containing 2 screaming babies out of there, dragging my screaming 2 old, the twin dad HAD THE AUDACITY to wave goodbye to me with a knowing smile.

“Whatever.” I thought, fuming. “Surely it gets easier than this. He’s delusional.”

Well, friends. It’s been 3 years and 4 months in my journey of life with multiples and I have to tell you… that twin dad was right. Like so completely right.

Things have by nooo means gotten easier. And I’ve been told the same thing by many different twin moms, and now I find myself repeating the same advice that irked me so much that day at the park!

Things don’t get easier with twins… they just get different.

Every stage with twins is easier in some way, but then new challenges arise. Raising twins ; it’s a chaotic, messy, albeit beautiful journey. Once you accept the fact that it isn’t going to actually get easier, you will better appreciate the easy parts of each stage.

There are a few things that make each stage a little less work!

All of these things will make certain things a bit easier, but new challenges will arise with each phase so life doesn’t actually become easier.

Like… they finally start sleeping through the night, but then they drop a nap and you have to entertain them for longer periods of time.

Or, they can feed themselves… but you also have to prepare meals and cut up what feels like millions of pieces of food into bite-sized pieces.

You will become better able to handle the chaos. I think back to when I had my firstborn at home… one baby… and I was a hot mess. I really thought it was so hard because it was.

Having a newborn is hard, even if it’s only one! If you’ve only ever had one baby (or no babies), it’s all you’re used to.

It takes time to get used to juggling and managing things. We get better at things the more we practice and so your capacity for handling twins will increase the longer you have them.

If I really and truly had to pick the hardest part of having twins, for me, it was when I was pregnant with them. My twin pregnancy was not easy.

I was constantly in pain, and unlike the hard phases when the babies are actually here, you don’t even have any cute babies to snuggle! All pain and no gain (yet).

It’s not that hard for everyone, but for me? It was.

And giving birth to twins? Well, you’re either being cut open or pushing out two babies, so. It’s not fun.

Ohhh newborn twins… aka sleep deprived chaos. Lot’s of crying, spit up and so so so much poop.

The first few days of having our twins home from I found myself literally sprinting around our house trying to get done everything I needed to. To say that things were busy is such an tement!

You don’t realize what a blessing this is until you have two-year-old twins tornadoeing around and destroying everything in their path.

Looking back, I so wish I had taken more pictures of them before they could run away from me.

Yes, newborn twins are so hard (here are my tips for surviving life with newborn twins!) but they also take lots of naps.

Once they’re out of the newborn phase and are awake for longer periods of time, you have to figure out ways to entertain them.

Once I made it through the first year with twins, I really and truly thought things would get a bit easier.

After all… my twins were sleeping through the night! They were on a consistent schedule! I was free from exclusively pumping!

There are many, many ways that toddler twins are harder than newborn twins (in fact, I have an entire post on that, so click that link for some solidarity!)

First of all, toddlers have epic tantrums. When you have tantrums with toddler twins, it can be just about the. most. trying. thing. ever.

Second of all, toddler twins can be a huge safety hazard. They don’t understand it’s dangerous to run away from you and into the street.

And did I mention that they leave humungous messes everywhere they go?

Mealtimes are also a challenge as you will spend them frantically dicing up food into bite-sized pieces and refilling sppy cups.

BUT– there are great things about the toddler phase with twins. They will be able to interact with each other, even if it’s brief. Seeing them giggle together and toddle around is THE CUTEST thing.

They will actually start to be into playing with toys and when they drop the morning nap you will have more freedom and flexibility to leave the house.

Click to read –> The Terrible Twos Times Two: How to Handle Tantrums with Toddler Twins

Woohoo! You’ve made it out of the terrible twos and landed yourself with two .

The hardest part about twins? So much sass and fighting. You see, at three, your twins will be developing very strong opinions and a sense of independence.

Their strong opinions usually contrast with their twins, so there is lots of yelling and fighting… with each other AND their parents!

But also, now that they are three years old, Josie and Margo have some really wonderful moments that have made being a twin mom so so so rewarding.

At three, they can play with each other for hours on end. Sure, I have to intervene sometimes to break up the fighting.

However, if they stick to imaginative play, or I send them outside and they don’t have any toys to fight over, they are really so so good.

At three, they crawl into bed with each other when they first wake up. They can say “I love my twin!”

School Aged, Teenage Twins, and Beyond

I obviously don’t have any experience with twins older than 3. I like to pretend that it gets easier from here on out, but I’ve been dreaming of that for three years now!

I’ve heard feedback from parents with older twins saying that the toddler phase is a piece of cake compared to the preteen and teenage years.

I think that the older years will have perhaps bigger challenges, but also bigger joys.

I have a dear friend and fellow blogger who is starting into the teenage years, and she has successfully combatted the teen attitude.

I kind of think that if you expect things to be awful and focus on the hard parts, that’s what you’ll remember the most.

So far, no phase has been all bad! Each phase, with the difficulties, has had many benefits as well.

So, fear not my fellow twin moms! Life with twins is so fun, despite the amount of work it is! And while it doesn’t get easier, I do believe that each day brings more fun! 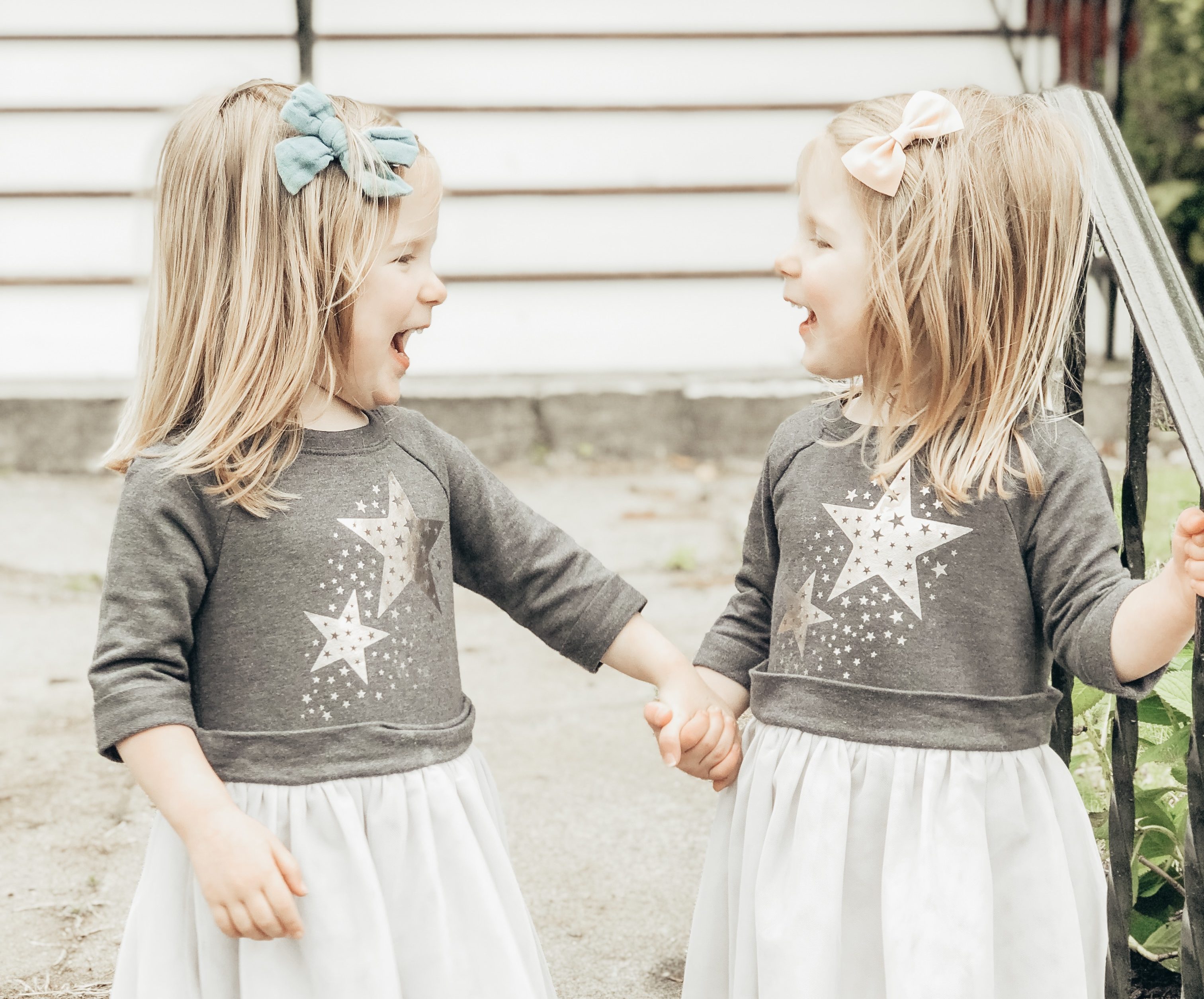 Previous
The Benefits of Keeping Twins Together in School: Should Twins Be in the Same Class in Preschool? 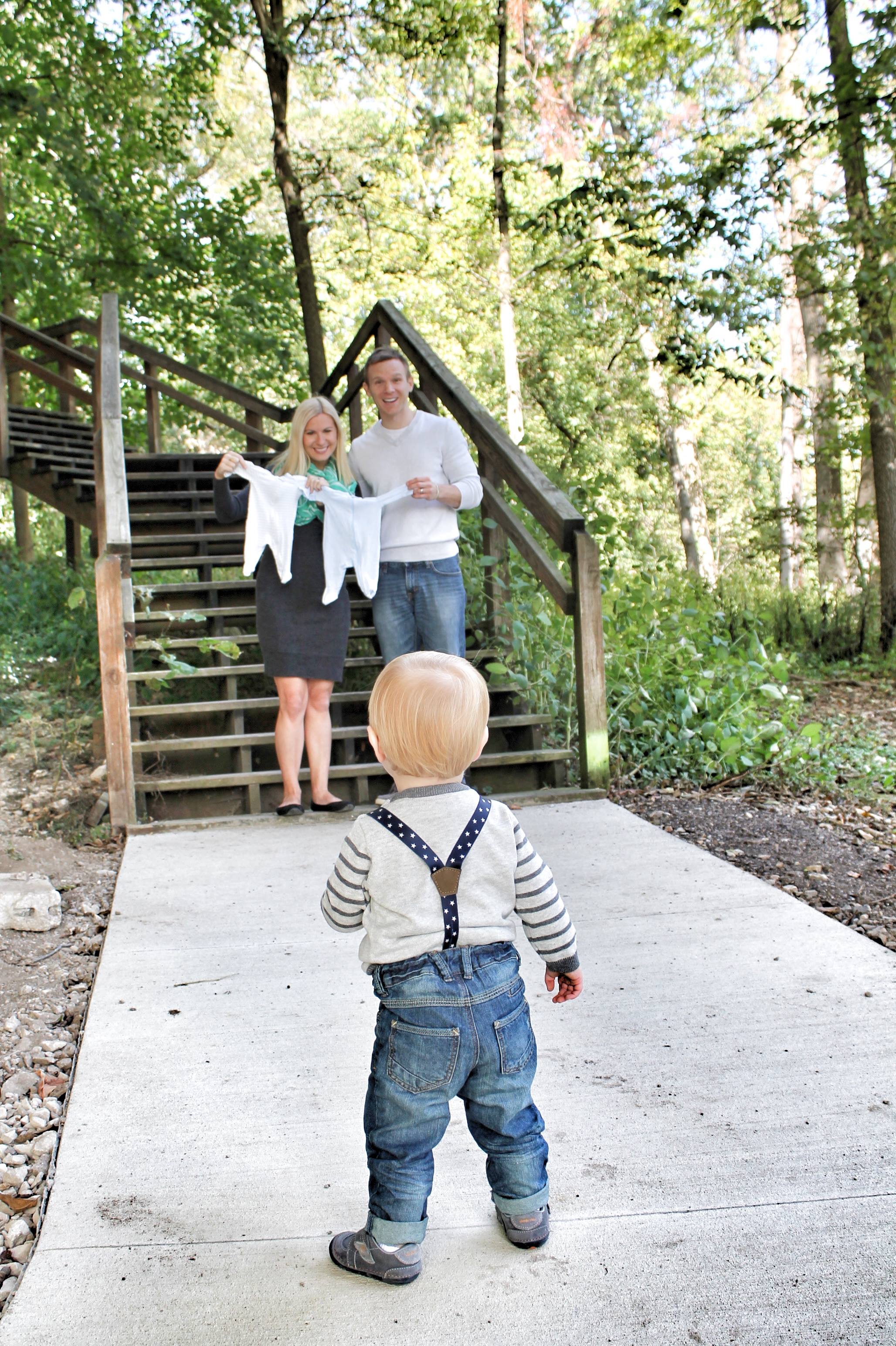 Next
Expecting Twins? How to Survive Twin Pregnancy
Click here to cancel reply.